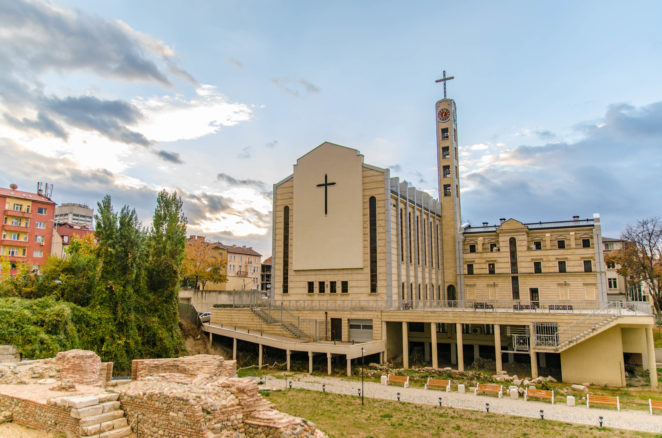 I continue my walk before the darkness in Sofia.

I stood by the excavations of the Serdica West Gate – this is the name of Sofia from the Roman Age.

After the excavation was the built in 2001 Cathedral St. Joseph.

This is the only Roman Catholic church in the city.

It was built in place of another that was destroyed during the city’s bombing during the Second World War.