Avalanches are scary. Really scary. If you ever talk to someone that’s had the displeasure of being in one, they’re sure to tell you that it’s not wise to put yourself in the position of getting caught in one. They can happen wherever snow is lying on the ground. OK, the main factor is that it has to be lying on the ground at a sufficient angle but you understand what I mean. Don’t think that If you live and ski in the UK you won’t get caught it one because it can happen there and can happen to you! The sooner you accept this the higher the reduction of you being caught in one.

Let’s start with the most important thing: Equipment.

These are the three main things you’ll need for avalanche safety. Of course, you’ll need plenty of warm clothing but I’ve taken that as a given because if you choose to go up a mountain in a t-shirt and shorts then maybe you might need hypothermia to give you a kick up the backside!

You need to make sure you understand how the transceiver works. If you get caught in an avalanche this will be your main lifeline. If you think it’s a new form of Tetris you’re pretty screwed. It helps you to locate others also and you should be able to locate your victim within 3 minutes so make sure you practice. 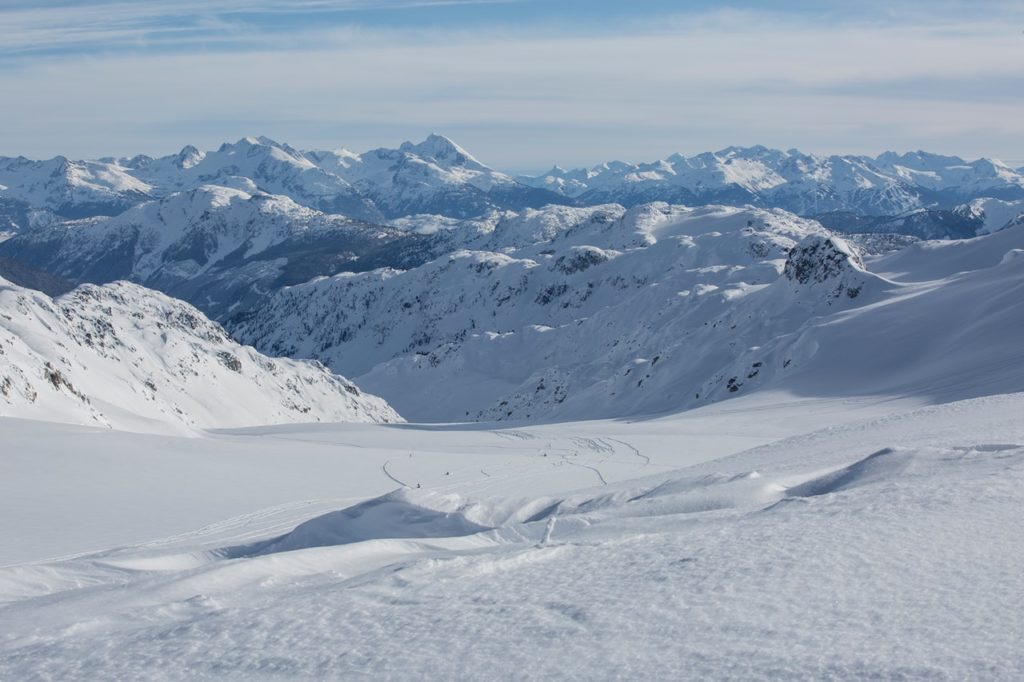 Spend the money and get a metal shovel. Don’t fob your mates off with a plastic shovel as they’re easy to break and less reliable in moving snow. You don’t want to lose a life because of a shovel.

The collapsible pole enables you to locate a victim accurately and reduces the possibility of missing the victim when you dig them out.

It should not just but you that knows how all of this equipment works but your friends as well. It’s no good having one person out of four know how something works. Make sure you all know and you all practice.

You need to always have an escape route planned. It’s better to have one planned beforehand rather than get yourself into trouble and be left high and dry under a slab of snow. Always travel one at a time. It’s best to leave one person in a safe place and others watching the area that your run will go through as well as having some nearby. This will allow them to guide others to your location if you become buried.

If you’re unlucky enough to get caught in an avalanche there are a few things that you’ll need to do. In this intensely pressured situation, you may wonder how you’ll remember it but you remember the important things when your life is on the line! First things first, get off the snow slab! This has to be done straight away. It’s hard to do but if you’ve kept to cutting across slopes on your mountain run, it will be a lot easier to do than you think. Get to where the most stable snow is by skiing to the side.

If it doesn’t happen the first time, keep trying. Gain speed and keep pushing yourself. Don’t try to outrun the avalanche. This rarely ever works and by rarely, I mean it’s closer to never. Some people say that it’s best to keep away from trees in an avalanche as they can break very easily. A third of avalanche victims die from trauma from hitting trees and rocks, so if you’re able to grab onto one before you pick up speed then there’s a good chance of survival. Lose the poles. They hinder your chance of ‘swimming’ out when the snow drags you down the slope.

If you do get buried, clear an air space in front of your mouth as the avalanche comes to rest. This will delay an ice mask forming and will aid your breathing. Try to push your hand up. This will act as a visual aid for your rescuers to find you much quicker (if you don’t know which way is up, take your best guess). The snow in an avalanche is akin to concrete as it sets as soon as it stops so make sure you make all important actions before it stops!

If you are going to be the rescuer in this tale there’s some important tips for you to know as well. Watch the skier. It might seem like a stupid comment but if you don’t watch them then you won’t know where they end up and getting to them will be nearly impossible. Do not go for help. Another comment that might seem stupid but is essential as the first few minutes are the most important. If you leave to get help, your friend will more than likely be dead when you return so spend a good half an hour looking for them first. Don’t stay in one place. Try to cover as much ground as quickly as possible. Turn your beacon to receive if the victim is wearing one. Get everyone else to do this and you should find them in no time.

Those are my safety tips. Some of them are more warnings than tips but they all work in the same way. Don’t let this put you off back-country or mountain skiing but let it remind you that the mountain is bigger than you and that nature does not have a problem in teaching you this lesson.

I am a passionate blogger and social media addict. I am associated with some leading design agencies. Contact me at michaelevansnet@gmail.com