When in Moscow, Russia the place to go for fun and relaxation Is Gorky Park which is officially known as Maxim Gorky’s Central Park of Culture and Leisure. It was designed in the 1920s by avant-garde architect Konstantin Melnikov. The park lies along both banks of the Moscow River, dividing it into two parts. The first has amusements like funfair rides and roller coasters. 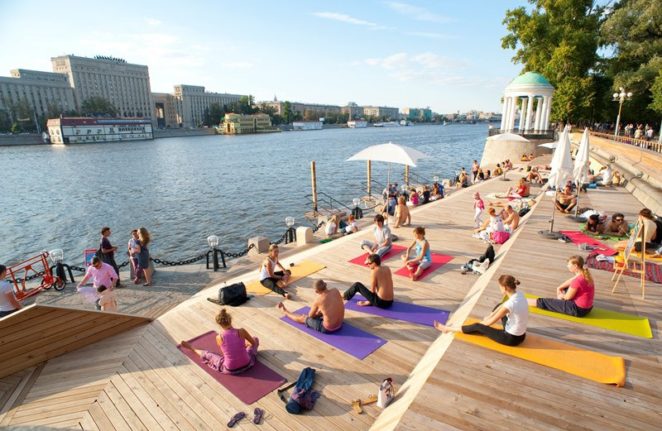 You can go just to relax or walk or you can participate in such activities as rollerblading, biking, beach volleyball, urban and extreme sport, table tennis and petanque. There is horse riding, boats can be hired, be daring go bungee jumping and the sports club has tennis courts. The beach volleyball takes places in the summer in the “beach” area and in the evenings is an open-air club. 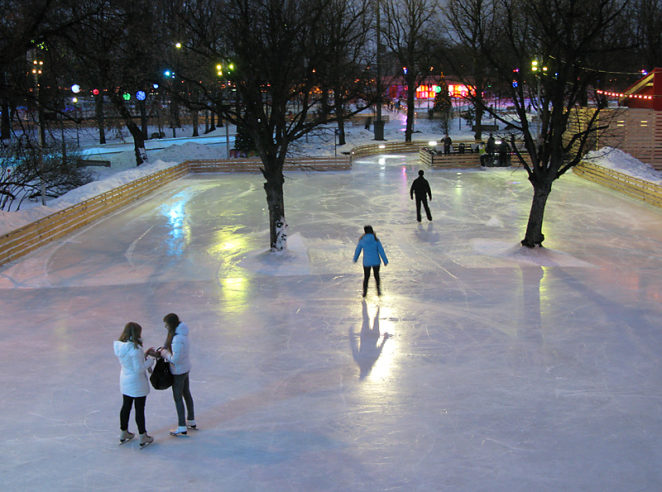 There is a beautiful pedestrian bridge the Andreyevsky. In the winter the ponds are flooded and the park becomes the city’s biggest ice-skating rink. Then there is skate hire, disco lights and music to skate by. The older part of Gorky Park has formal gardens and woodland. This is a combination of the former Golitsynskiy and Neskuchniy Gardens which are names that can be found in Russian literary classics. You can see buildings that date from the late 18th and early 19th centuries including two summerhouses built by well-known Moscow architect Mikhail Kazakov. Close-by is huge Green Theater, an outdoor amphitheater that hosts different events and concerts in the summertime. As part of different exhibitions, you can find art objects throughout the park.  There are many eateries located in small kiosks with a great many of them found at the Gorky Park Food Row. Across the way from the main entrance, in front of the House of Artists, is the Graveyard of Fallen Monuments with an interesting collection of old Soviet official statues and other sculptures.