This is an infamous island in the U.S. sitting as a rocky outpost in the middle of San Francisco Bay. In 1775 the island was put on the map by Juan Manuel de Ayala, a Spanish Explorer. He named the island “Isla de loa Alcatraces” which means the Island of Pelicans. At the time many seabirds roosted there. 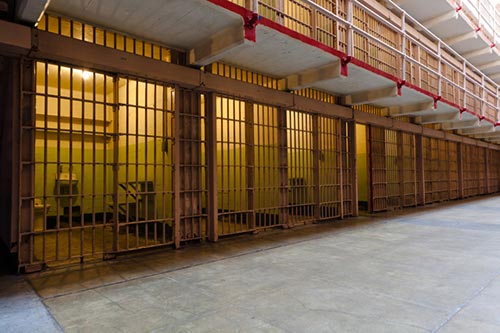 The island remained uninhabited until 1853 when the U.S. Army built a fortress. The fortress was used for defense and as a prison. When the army was done with the island it was taken over by the Federal Bureau of Prisons. Alcatraz Island became known for housing the most legendary penitentiary in the history of the U.S. If a prisoner said he had been sentenced to Alcatraz you knew he was done for. There was no way of escaping from there. Therefore it was a prison for the most violent murderers and mobsters such as Al Capone. The prison closed its doors in 1963.

After from, 1969 to 1971 Alcatraz island was occupied by Native Indians who demanded the deed to the island. Today the island has become a tourist attraction where people get to visit the former prison. It is also a scary place and many say that the island is haunted as well as the prison where many tortured souls have remained behind.