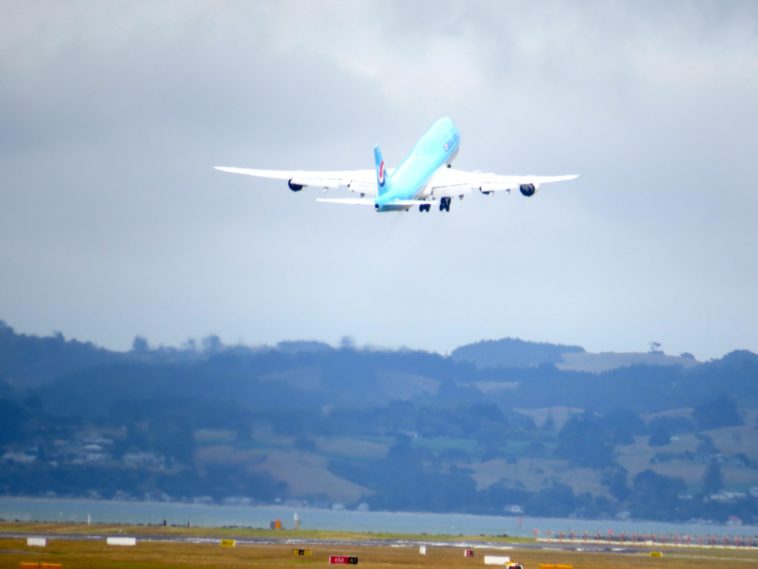 This is the place where many cars and people on bikes come to view planes come and go from Auckland Airport. The Domestic terminal and the International terminal are next to each other. It is next to Manukau Harbour. Viewing is free entertainment and quite often a person working comes here for their lunch break.

This area here is like a river and there is a type of bridge, there is often a boat moored in at this point. The boat comes and goes and quite frankly I don’t know what it’s for, although I did read that there is a boat that goes out to pick up rubbish on the Manukau Harbour and wonder if it’s this boat? The rubbish people throw is plastic drink bottles, plastic bags and I don’t know they could find anything. People should have more respect and put their rubbish in a bin or take it with them.

Planes are often in danger of birds flying around. There fore there is a sign saying, “Do not feed the birds!” Since the birds don’t get fed from people there is easy pickings in the rubbish bin, so they help themselves. People who came here just finished their MacDonald’s take aways and maybe left something in the bin. This bird with MacDonald’s is a Black Backed Gull or large seagull, it is a scavenger and so it is it’s destiny to eat rubbish or is it?

The Black Backed Gulls see people watching planes and so do the smaller Sea Gulls, they are anxious to show us that they are the better pilots and can fly at will without the assistance of a control tower that tells planes where and when to fly.

A huge plane taking off the go where ever in the world that it goes. It’s flying in a Westerly direction against a Westerly wind.

This is definitely Air New Zealand and it’s for domestic use, it’s arriving with passengers from another part of New Zealand. I like these planes with the propellers and the different tail. We call it a “turbo prop”.