A tour of Agra city is one of the things that you should add in your bucket list and here are 4 places that will make you pack your bags and book it right away! 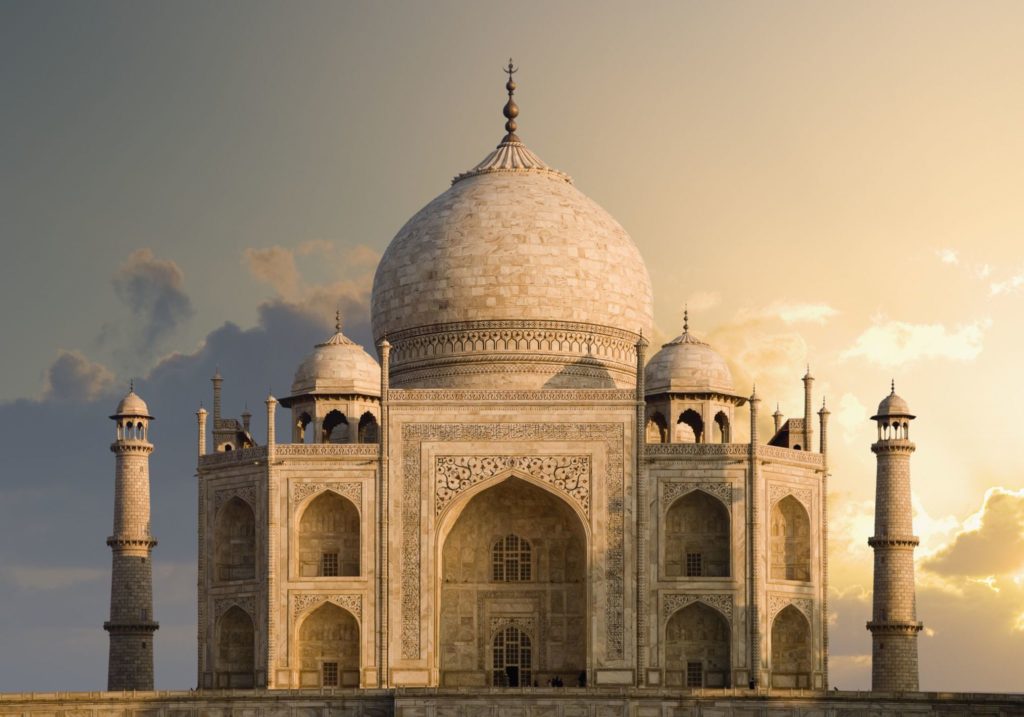 Considered as the most beautiful building in the world, Taj Mahal puts up a surreal view of Islamic, Mughal and Persian architecture.

Did you know that Rabindranath Tagore described it as “a teardrop in the cheek of eternity”? Well, it truly deserves that description.

Both interior and exterior of the Taj Mahal showcases beautiful handwork which is inlaid with precious and semi-precious stones.

The four faces of the Taj feature vaulted arches and these arches contain pietra dura scrollwork and the quotations from the Quran. Taj Mahal also houses a mosque made of Redstone.

It also accommodates the real tombs of Mumtaz Mahal and Shah Jahan which lie in a locked room below the main chamber.

Well, all these factors contribute to making Taj as one of the greatest monuments in the world. So, don’t wait and book an overnight Agra tour right away. 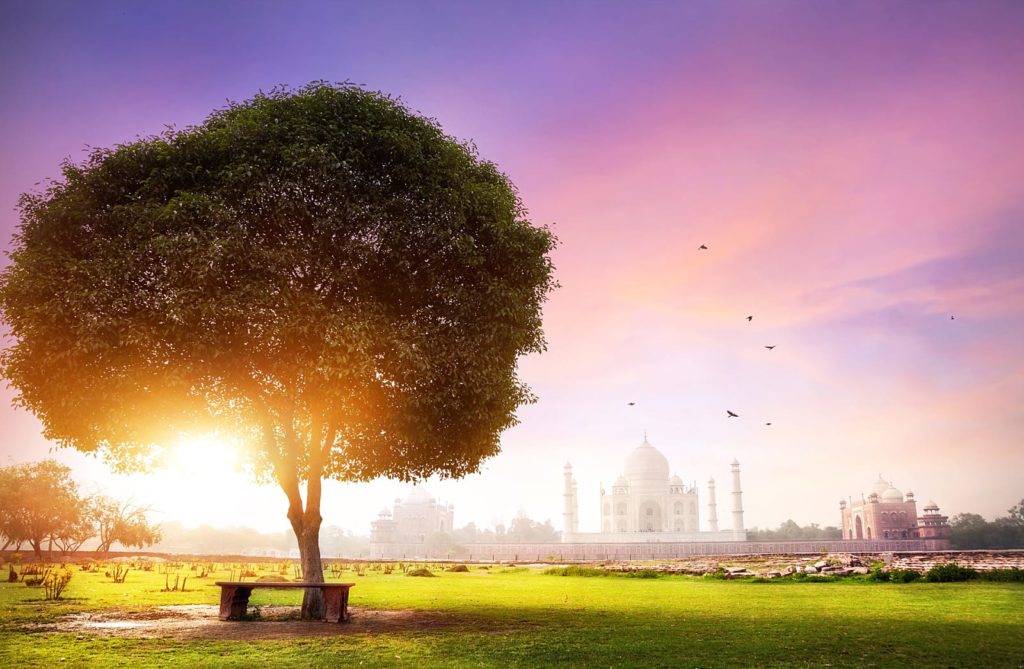 Did you know that it was only after Shah Jahan’s recognition of Mehtab Bagh as the perfect spot to view the Taj Mahal that it was rebuilt?

The architecture of Mehtab Bagh showcases Persian layout with plastered walkways, ornamental fountains and pools. It has 4 square-shaped gardens, an octagonal domed tower (which is made of Redstone) and a large octagonal pool.

The best thing about Mehtab Bagh is that it displays the reflection of the Taj Mahal. So, don’t wait and book the same day Taj Mahal tour by train right away. Most of the tours cover all of the mentioned places in this article. 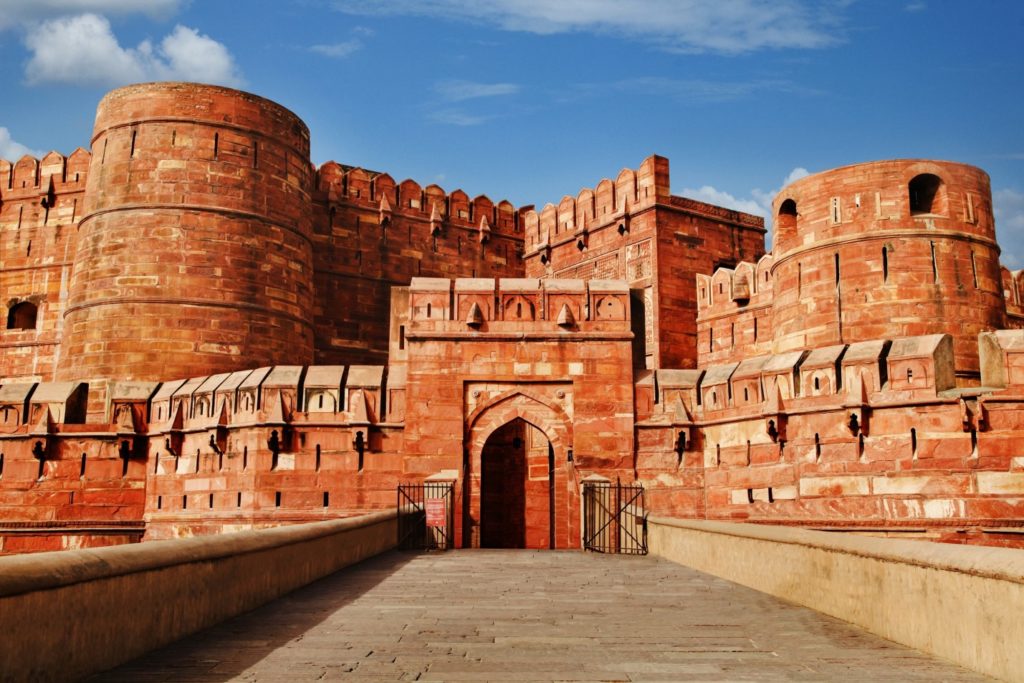 Build by Emperor Akbar, Agra Fort is the 2nd most famous place in Agra after the Taj Mahal. Every year, it attracts thousands of tourists from all over the world. What makes it a must-visit place in Agra?

The beautiful architecture and remarkable handwork along with its cultural and historical importance!

All of these structures come under the “must-visit” tag. 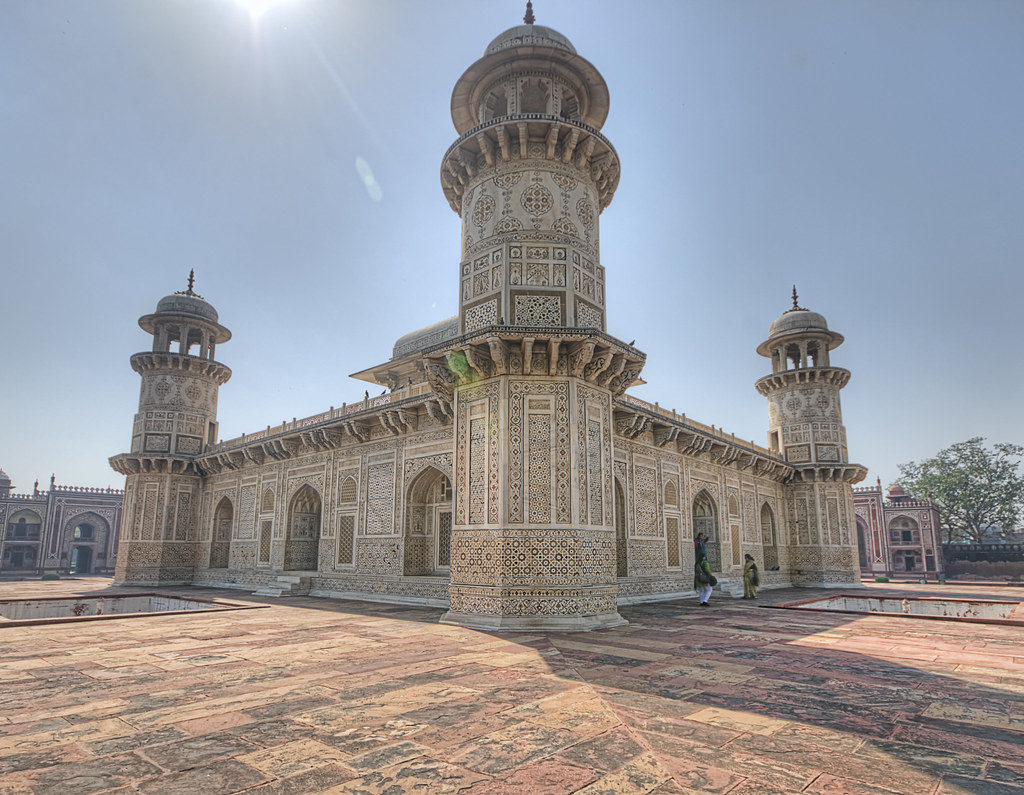 The tomb of Itimad-ud-Dualah is also known as the Baby Taj because it showcases Islamic + Persian architecture which was later used to build the very famous Taj Mahal.

The interior of the tomb (which is the prime attraction) has been built with the utmost precious. It features floral and geometrical motifs along with inlaid stone work (semi-precious and precious stones).

The best part is the gardens surrounding the tomb which make it a perfect place to sit and cherish the beauty of the Mughal era.

The magnificent architecture and great history make the tomb a must-visit place in Agra. So, if you’re going for the same day Taj mahal tour by car then don’t miss out on Baby Taj.

Have you ever been to Agra? If yes then tell us which is your favorite place in Agra? Comment below!