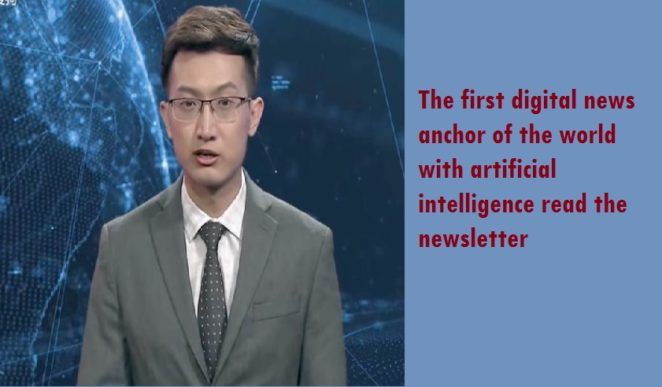 The world’s first digital news caster developed by artificial intelligence and animation in China has started casting to news live on television. However, the style of reading its news is copied from a real news caster.

As soon as the video starts, Robot Newscaster says in his first news That ‘Hello every One I am an English Artificial Intelligence Anchor, this is my very first day in Xe News agency ‘And then artificial News Caster makes its detailed introduction. It is very close to the fact which is to see Chinese skills, while watching this, It seems like a real human news caster but in actual its a robot.

China’s official news agency Xinhua  has introduced it for the first time and for this, Chinese Anchor’s face has been selected. News agency will present another news anchor according to Chinese news South China Morning Post. Which will read Chinese news. In this preparation of this news anchor, China’s famous search engine Sago and Zen Air Agency have worked together. Digital Anchor also makes a tremendous copy of human voice and feedback. In this way it seems to be a person who lives like a dry and cold mood rather than a robot.

However, after the first time in China, the mixed reaction has emerged, And some have declared it artificial and some have discounted the fact that this is the first experience that should continue.