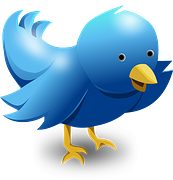 Do you want to become a good user of the popular social networking platform and micro-blogging site Twitter? If so, it is better to be aware of some facts about Twitter. Here you can find some basic information about Twitter. I intend to share more tips and tricks about twitter in my subsequent articles. You can find tips on useful tools that can make your Twitter use more efficient.

Twitter can be used directly on your browser. But there are software designed for Twitter that can provide more configurations and opportunities. Do you also have some tips on Twitter to use it efficiently to our advantage? Please share the same in the comments box below this article.

Twitter, a micro-blogging service is used to post short messages of up to 140 characters. Twitter is still strong in its growth. It had over 200 million users’ way back in the summer of 2011. That figure has more than doubled and increased to about 500 million in 2015. According to Wikipedia, 300 million users out of this 500 million are active on twitter.

At the same time, as per news.sky.com, user growth was negative in 2015. People use Twitter to a greater extent. But, according to theverge.com, the growth in 2016 was not that fast for Twitter as it was for WhatsApp, snapchat and FaceBook. According to theverge.com, fresh numbers from April 2017 indicate that Twitter user spending is growing fast again (11 percent growth in the quarter 1/2017 to 3/2017).