The Whats app has started working on new features for preventing false news circulation and intimidation in groups which will ‘red mark’ the news after investigation.

Photos, videos and messaging’s leading mobile application ‘Whats app’ administration has started working on a new feature to prevent spread of false and unmatched news from its platforms. Which is named ‘Suspicious Link Feature.

According to the technology-based web site ‘Web Beta Info’, this feature will first go through the original web site to know the facts of any short and suspicious link received on the app group. And if the news is not correct then the red label on the link will be featured, so users will be able to ignore or delete a red-marked link. 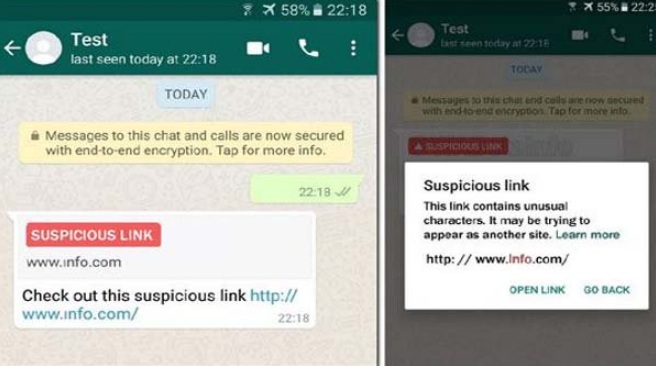 This feature will be available soon for Whats app users and this will be used on the WhatsApp 2.18.204 beta version. The Whatsapp picked up this move recently after the spread of children’s kidnapping false news and videos. Due to this the rumor spread out among people, and in various events, the crowded crowds killed the dozen suspicious youths to understand the kidnapping of the researcher after killing fierce violence.