London: Now with modern technology, any house or building can be converted into a huge battery. Construction engineers have made a special kind of concrete, which enables use of heat stored energy in cold or needed time. Experts have added potassium ions to concrete, which turns every wall but also every brick into an unconventional energy house. 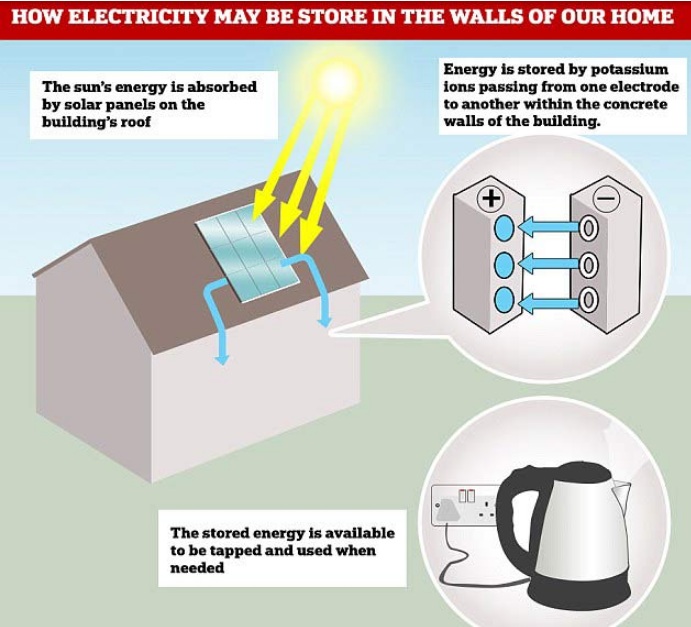 Scientific infertile particles such as potassium ions can be mixed on one side by way of concrete in a crystalline (pen) structure. Although the wall made of such concrete is not battery, but it will change in to large capacitor  definitely.

The University of Linkaster University Mohammad Safi and his colleagues have successfully completed the ion in Concrete, They say that using this new technology can greatly overcome the energy issues in the buildings, and this is a very little way to get energy.

Mohammad Safi said that the process of making capacitor concrete is like normal concrete but now there is a small scale success.It can take a few years for a commercial scale to prepare it, The Linkastar University team has announced that they will build buildings in the next 10 years that can store energy and enter it into the national grid.