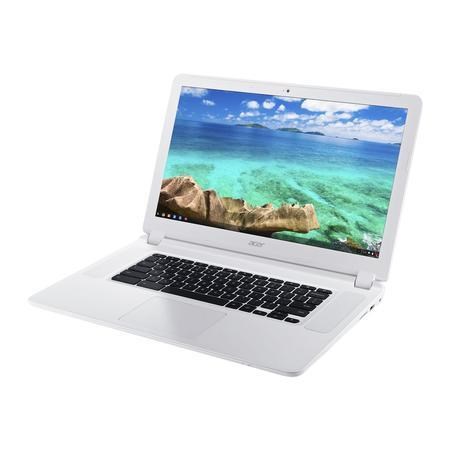 I am not normally that much interested in technology, but I am really pleased with my new laptop (shown in picture). I am using it to write this blog. I had to get a new one, as previously I was using an old, second-hand one, the only PC I had, and it is on its last legs – it has become so slow and inefficient it is almost unusable.

So I bought this one brand-new from Argos, for under £200 (£199.99, to be exact, which is very reasonable for a laptop PC!) It’s a Google Chromebook, which means it is one of the smaller, lighter, more portable types of laptop, the Notebook model.  It’s a white one, and I think it looks very stylish. They may not have quite the same capacity as the traditional kind, but they are extremely handy. Not only small and light to carry around, but they also boot up very fast, and they have a battery life of up to 8.5 hours, which is quite amazing! So you can take them around with you and use them unplugged for long periods of time, which is wonderfully convenient (contrast that with the conventional laptops, whose battery times unplugged are usually only around 45 minutes.)

So I am  generally delighted with my new piece of technology, and am using it to do almost all my writing at present.