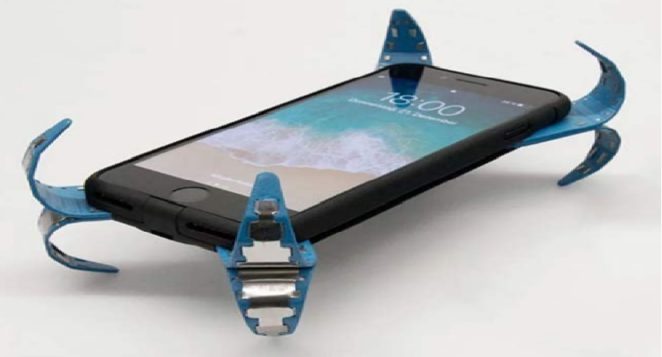 Expensive and valuable smartphones fall off by hand is a terrible moment, but a German student in a very less expensive way of falling expensive phone made an air bag for such expensive smartphone.

Philip Franklin, a student of  University of Allen Germany, has created a smart system named ‘AID CASE’ which works under Motion Censor, as soon as your phone gets slipped by hand Aid case system become dynamics and the four edges of the phone come out like a table which prevent the phone from collapsing directly on the ground. This system works like car air bag. 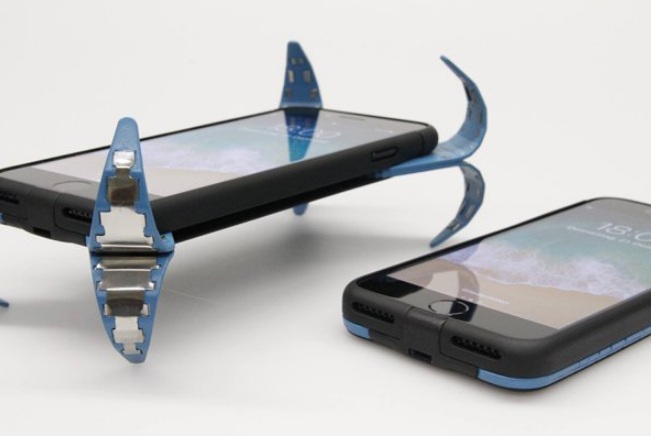 The Philip has been awarded the Best Award on the AID CASE  by the German Society of Mechatronics. According to Philip, censors of this bag is so sensitive, the moment smartphone slipping from hand it automatically observe that it will fall on the ground now.

During the fall of smartphone, all four especial plastic molded corners of the particular smartphone come out like table. These plastic corner built on in all corners of mobile and open with the help of flexible spring.

Watch Video for the detail : –

The AID Case is not available for sale in the market right now, but it is highly appreciated on the media. Currently this feature is for all models of iPhone only and Philip is designing it for other models too. In July, he will collect Kick Starter campaign for him and then its business will be ready.

The Philip has made all its parts through the 3-D printer and it has been repeatedly used and succeeded. Interestingly, this smartphone Airbag does not matter the beauty of the phone.