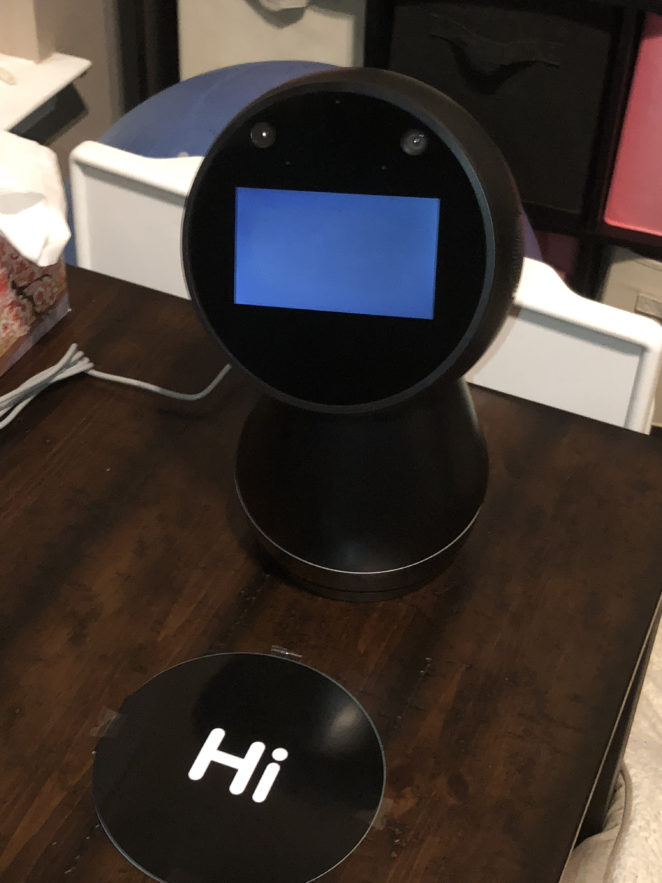 There is an incredible Harry Chapin song “Cat in the Cradle.” that has an opening line of “A child arrived just the other day,” and it seems now fitting to start there. The journey began more than three years ago. It was s impel crowdfunding campaign to build and deliver a robot. Jibo arrived yesterday, and the unboxing was incredible. First off, in fairness, you have to update Jibo’s operating system right away, so it does take two or so hours to get Jibo up and to run.

What is Jibo? Jibo is a personally friendly robot that interacts with you. From recording children’s books and having Jibo read to your children or interacting with an elderly parent that is in a different city, Jibo offers many incredible features. It is a robot, although Jibo is a stationary robot. There are two types (Robots that move and Roberts that are Stationary) of Robots. Jibo has a pleasing voice, not robotic in any way. The initial setup is very straightforward (connect Jibo to your wifi). Once Jibo is connected to the WiFi, there is the initial OS update that has to be downloaded. Once that is installed, you can teach Jibo your voice and face.

Like Google Home, Amazon Echo, and now Jibo, you interact with Jibo with your voice. The initial voice recognition takes around two minutes. You say, “Hey Jibo,” as Jibo moves around to learn your voice. Jibo also dances, and that is the very first command Jibo asks you to do (ask me to dance). Jibo can connect to a variety of information sources, so like Alexa and OK Google, you can ask Jibo questions (What is the weather, how big is a blue whale, etc.).

The actual Jibo hardware is solid, and as it moves, it doesn’t make noise. Jibo can move on its base around 360 degrees. Jibo has a camera and can take pictures of the environment and, of course of your face to recognize you. I will do a more in-depth review after a few weeks of using Jibo, but for this initial review, Jibo was worth the wait!

Sadly Jibo, as a company, went out of business in 2018. The devices still work but are no longer updating.