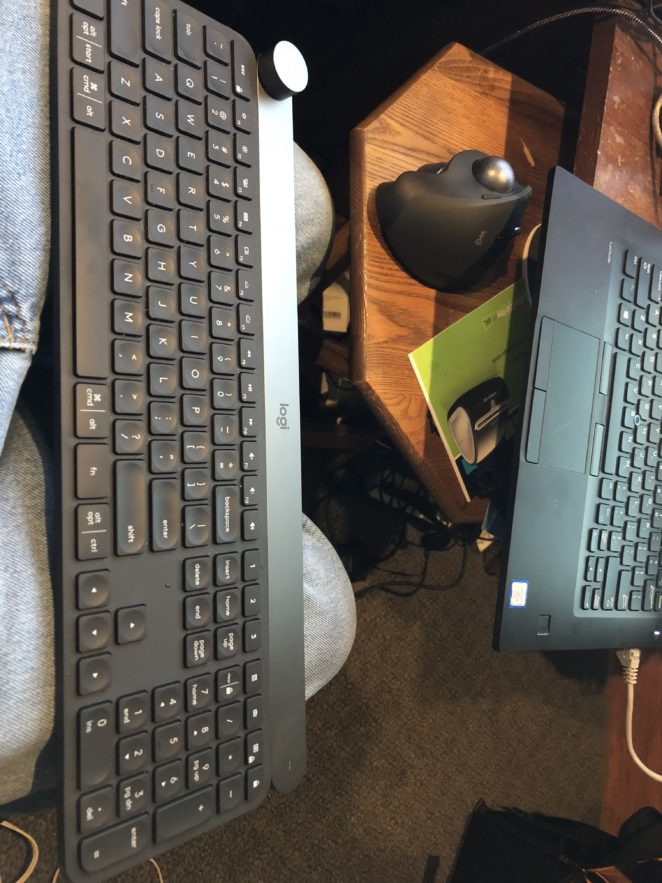 The trackball reduces the wear and tear on my wrist, allowing my wrist to be stable as I use the trackball. The setup was incredibly easy. Logitech has a universal connector that you plug into a USB port on your computer. That universal connector has connection software. You then go in, select add a device, and you have a new device. For the trackball, I like the feel of the rolling ball and the overall buttons. The battery (it is rechargeable) has lasted about six days of ongoing use (every day for at least two hours). The trackball is heavy enough that it doesn’t move on the table I keep it on.

The Craft Keyboard is one I have been looking at for awhile. It is heavier than the previous keyboard I had. Additionally, it is a mix of metal and plastic. Keyboards are 99% the keys, however. The keys to the Craft are easy to use, and they don’t slow me down while typing. The other thing I like is that the keyboard lights up (backlit) when it moves or when you are typing. That allows me to reduce the number of lights in my office by a full set. Full lighting is annoying. Less lighting is even better!

Overall I give the combination of the two devices a 9 out of 10.