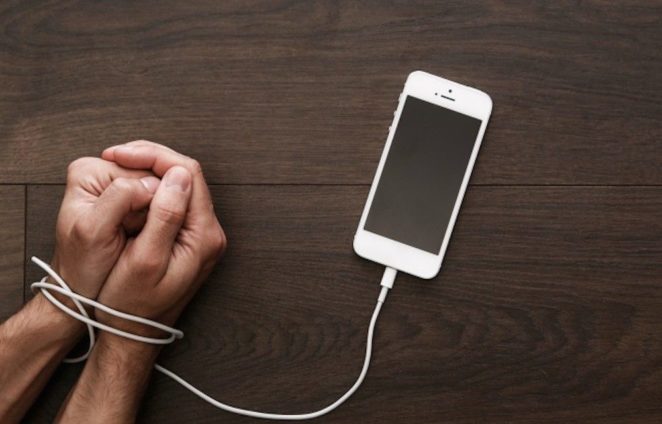 Begin by shutting off your cell phone when you go to bed.  When you get up, don’t put it on until after you’ve showered.

Of course you can’t do that.   You’d miss ‘important’ calls;  most of them, from other addicts like you.  People who can’t stand not being connected.

Whether the cell phone radiation has so effected brains that they need the fix to function, (which some scientists believe)  or the fear of being alone has moved into monophobia, it is almost impossible for an addict to shut off the phone or leave it behind.

To prove this, attempt to leave the house without your cell phone.   Go ahead.  See how far you get before panic slips in.

Be aware of these things, they are not NORMAL.

Human beings existed on this planet for millions of years, unconnected.  There are people who can go on a walk all by themselves.

Can you leave your phone and walk three blocks?

Reality is such that this belief that you must be connected, that you will miss important information makes you a slave to your cell phone.