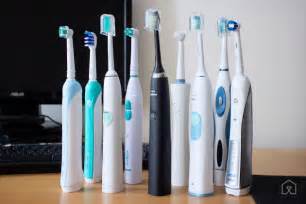 I am not sure when I noticed it, the first time. I would like to say I caught it the very first time it happened, but I realized, in listening for a moment that the conversation was longer than simply the small piece I overhead. I wasn’t eavesdropping, well I was.

Would you be embarrassed by the reality of one side or the other recognizing that you were listening to the conversation? I know I was. Standing there in the bathroom realizing they were talking. Then realizing in listening, overhearing that they had been talking for awhile.

I decided to act.

I am not proud of the fact that I was eavesdropping but my phone should know better. Talking to my toothbrush about how I was brushing my teeth wasn’t nice. It was kind of mean. I found out, in talking to my phone that it wasn’t just my toothbrush. My phone was talking about me to my house, to my car and even to my stove.

For a moment I was taken aback. My phone was talking behind my back. I asked Siri what the conversations were about, but the coy response was “Interesting question, Scott.” I asked next who Siri talked to, but all I got in reply was “who me?”

Conversations are going on around me, without me knowing about them. Talking about how hard I pressed my toothbrush against my teeth or what temperature I liked my thermostat set to for comfort. It made me nervous thinking about what the devices were saying about me, but not too me.

I responded in a less than mature way initially, talking about my toothbrush to my oven and even going so far as to tell the television that Siri didn’t like it. Then I realized I really shouldn’t do what I didn’t like from my devices.

I decided to take the high road and ignore their conversations. I don’t even ask Siri anymore what she is talking about. I am taking the high road! I am also going to ingore the dishwasher since it refuses to use words and only beeps at me.