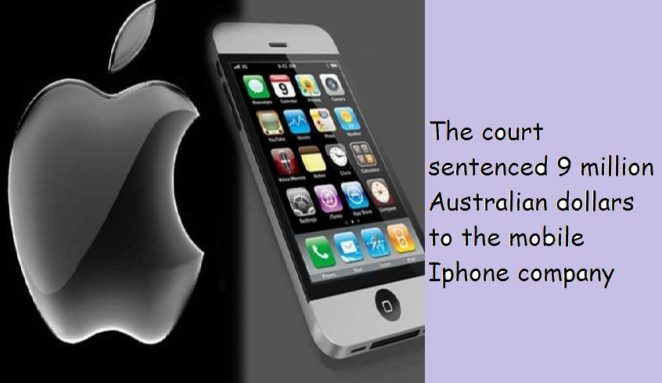 The Australian court, fined $ 9 million dollars a leading mobile phone company iPhone Apple on proving contract to third party for  providing services to consumer as technical support. The case was initiated by a Private Organization against Apple iPhone Company.

Apple’s spokes person confirming 275 users in connection with the accuracy of iPhones and IPhone’s warranty, phone change and other accuracy. Spokeperson said it is an administrative mistake that does not include the desire to deceive the company or to deceive users, the confidence of consumers for Apple is the first priority.

Australian Federal Court rejects the position of Apple Company spokesperson and fined the company after misleading and not providing the default services. Court also order the Apple company official to replace new phone’s to the 275 effected users.

It is clear that the Apple Company had guaranteed new mobile if technical issue found in newly purchased mobile. However, consumers were directed to approach the third party, where customers were offered repair rather issuing new mobile.