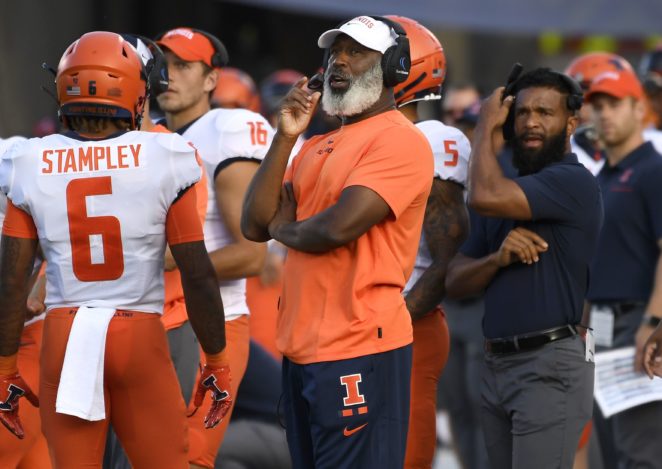 With the firing of Rutgers Scarlett Knights head coach, Chris Ash who went 8-32 as head coach wouldn’t you think that Lovie Smith, coach of the Illinois Fighting Illini would be in the hotseat too, being that he is 11-29?. Lovie is currently on his 4th season with the Illinois Fighting Illini, and it is hard to gauge which season was his best out of 2016, 2017 and 2018.

As a Illinois Fighting Illini fan myself, I’d say that they all have been lackluster, but that is from me. Even with transfers from elite schools like University of Michigan and University of Southern California we still cannot get the job done. And I dread what type of year we would undergo if we didn’t have the transfers from those schools.

With the way this season is going thus far after two home losses against teams that we should have defeated I just cannot foresee the Fighting Illini being a contender against what is left on the schedule, which would end up being another 3-9 season for Lovie.