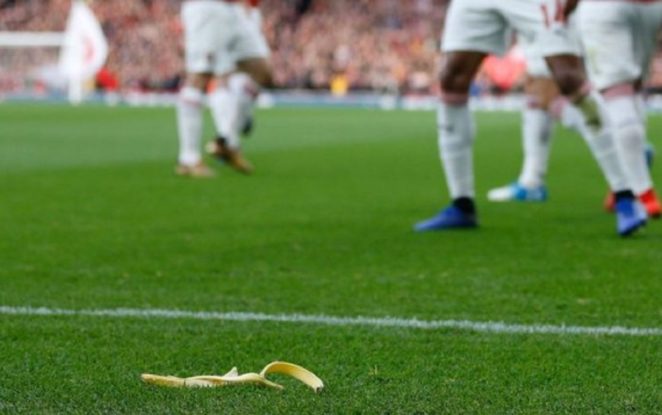 Tottenham fan was arrested during English premier league match on throwing banana skin in the ground.

When Tottenham scored a goal the fans of Tottenham thrown many things in the ground including banana skin. The Tottenham spokesman told that this type of attitude is intolerable and fan will be banned after inquiry. Other six fans were also arrested due bad attitude.