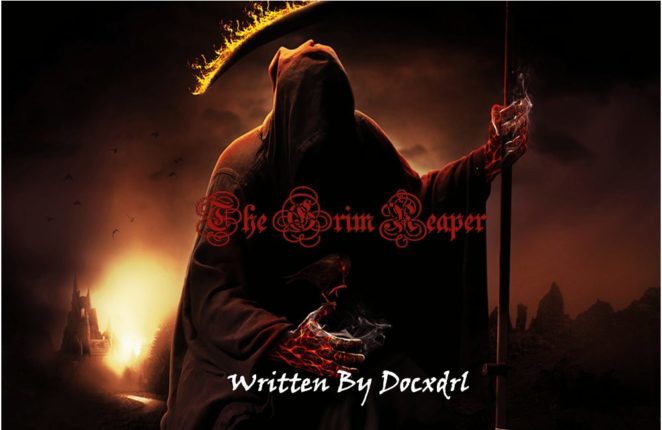 The Grim Reaper: Myth or Real?

Controversial as it may seem, I’m not a fan of Death god (Shinigami ) or of the Grim Reaper death personified.

In my own opinion (strictly, these are my thoughts about all that I have read about what a Grim Reaper is), they are folklore stories we are told in order to keep us in line with what the society and our parents want us to do.

The Grim Reaper is known for not saying much but have keep watch of his surround so that no one can surprise him. This simply means that even the Grim Reaper can die, or maybe it is created out of human fiction of thoughts not based on any scientific or concrete evidence of the existence of such a being.

Whatsoever are my thoughts concerning a Grim Reaper, it is completely infinitesimal. There are people that have vast knowledge, especially not the knowledge we read on Wikipedia, but maybe people that have actual contact with or have evidence of what or who the Death god is