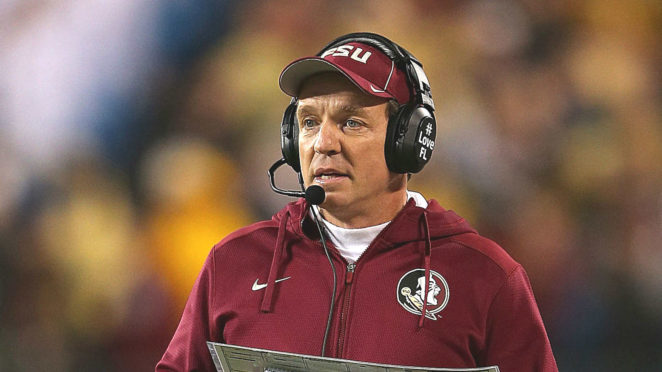 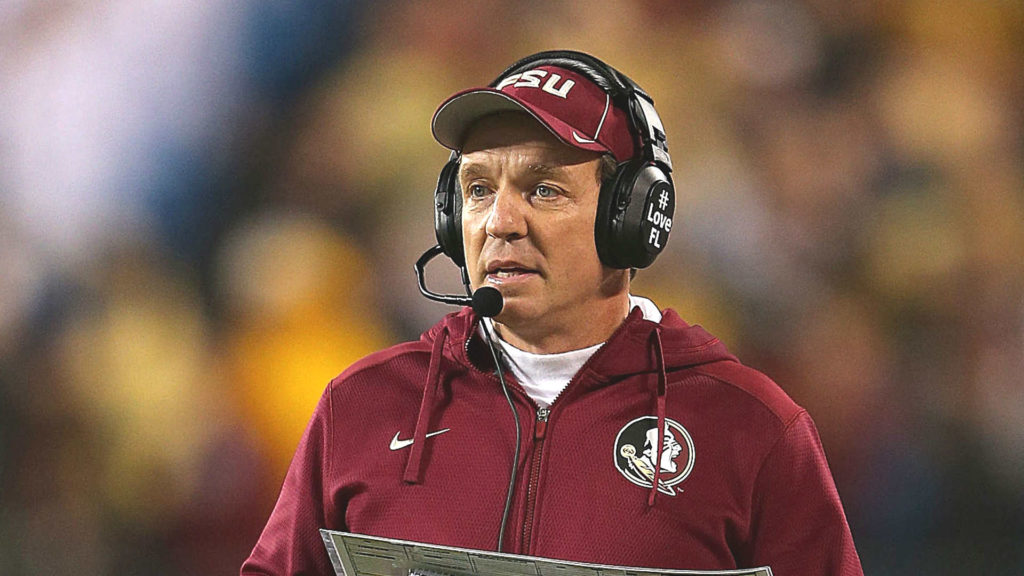 Florida State University football coach John “Jimbo” Fisher has accepted an offer to become the next head coach of the Texas A & M Aggies college football program as of Friday.

Fisher took over the head coaching duties from former Seminoles head coach Bobby Bowden before the start of 2010 college football season. Fisher had been the offensive coordinator/quarterbacks coach at Florida State from 2007-2009 before he was promoted to the head coaching post.

Fisher led the Florida State Seminoles college program to one Division I Championship Title in the 2013 football season which was his second championship title since he was the offensive coordinator/quarterbacks coach on current University of Alabama football coach Nick Saban who at time was the head coach of the Louisiana Stare University Fighting Tigers head coach in 2003.

On Friday morning, Fisher accepted the head coaching post at Texas A & M under a contract of 10 years worth $75 million dollars to be the next head coach of the Aggies football team.

Fisher will replace former Aggies head coach Kevin Sumlin who was terminated at the end of the 2017 college football season after six seasons of coaching the Aggies football program.

What is unusual of the resignation of Fisher on Friday was that the Seminoles had to play a football game versus the University of Louisiana-Monroe at Doak Campbell Stadium in Tallahassee Florida on Saturday in the final game of the regular season.