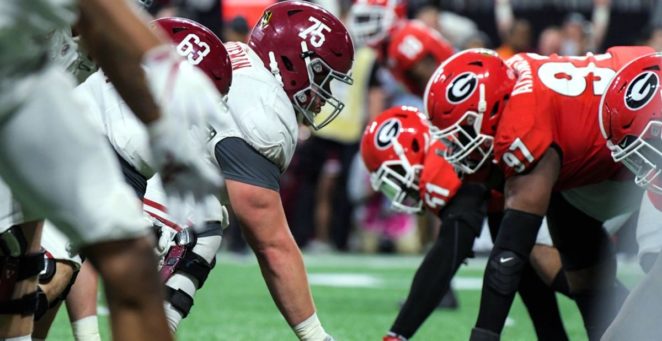 In my opinion, the SEC (Southeastern Conference) Championship will boil down to the Alabama Crimson Tide vs. Georgia Bulldogs because both have the highest talent ratio overall in college football and within the SEC. Tests that I see that may hinder the Crimson Tide making it to the SEC Championship are their showdown against Texas A&M Aggies and Auburn Tigers.Tests that I see that may hinder the Georgia Bulldogs chances are their showdown against the Florida Gators and Auburn Tigers which both match ups fall in November.

I give the edge of victory to the Alabama Crimson Tide because that mid-to-late November, Georgia has three rivals( Auburn, Texas A&M and Georgia Tech Yellow Jackets ) ahead of them leading up to the SEC Championship game, so there is that possibility of them not playing up to par where the Alabama Crimson Tide just has the Auburn Tigers which is no easy task as well.