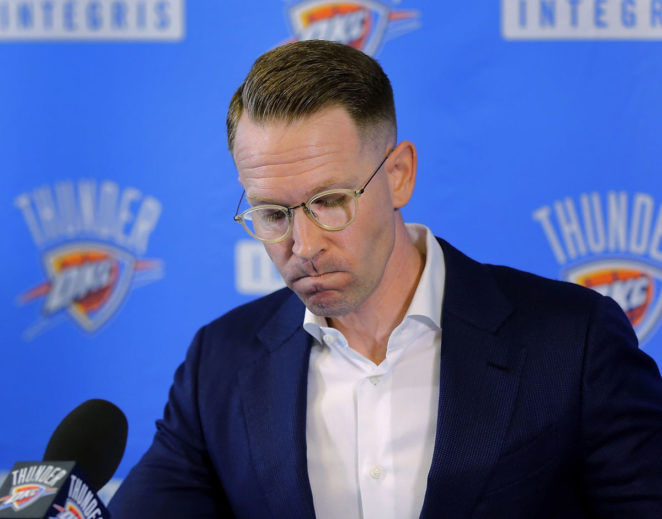 In another one of the feel good sports stories that I am glad to share on this site comes from Oklahoma City Thunder general manager Sam Presti showing that he cares for fans of the National Basketball Association (NBA) team by giving four free tickets to Holly Hooper-Stover and her son Hooper to attend the opening night at the Chesapeake Energy arena where the Thunder play their home games.

Holly’s son Hooper who is 10 years of age donated $10 of his allowance to the management of the Thunder so they could sign Oklahoma City Thunder point guard Russell Westbrook to a contract extension.

Presti was touched by the admiration that Hooper has toward his favorite basketball player that when he received the letter from the Elk City Oklahoma young man, that Sam called up the family who sent him the letter to assist in signing Westbrook to a new contract to keep him that he bestowed on the Hooper-Stover family the four tickets to attend a basketball game.

Many Thunder fans are angry that Kevin Durant who is currently a  small forward for the Golden State Warriors left the team in 2016 as a free agent to pursue a championship ring with the Warriors last year. It would have been a severe blow to the Thunder fans if Westbrook who signed a five year, $205 million dollar contract to remain with the team last month.

It is nice to see a general manager of a professional basketball franchise give back to a fan who supports his basketball team and not take them for granted.