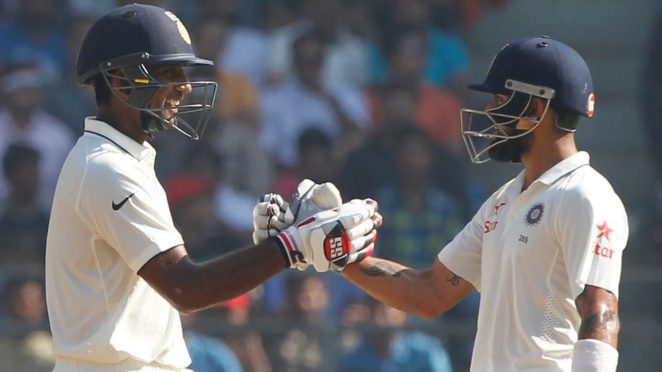 Cricket Lovers across the Globe and India tune the Super Star of Team India as the a regular “RECORD BREAKER”.His Continuous record breaking scores led the Star Cricketer into the World of Top Cricket’s Super Scorer .

Recently by knocking an unbeatable 156 Runs from 186 Balls against Srilanka in an ongoing Test Match in the National Capital at ‘Feroz Shah Kotla ‘ Ground he exactly broke all the star Cricketers  International Record as they set before  in Test Matches.

Amla,Lara and the God of Indian Cricket Sachin Ramesh Tendulkar now all seem behind Virat Kohli's continuous Brilliant Cricket which came to the lime Light during this ongoing International Test  Cricket Match here in the National Capital of Delhi.

Note-ONLY PICS ARE FROM SOME Media Houses whose links also given here with.