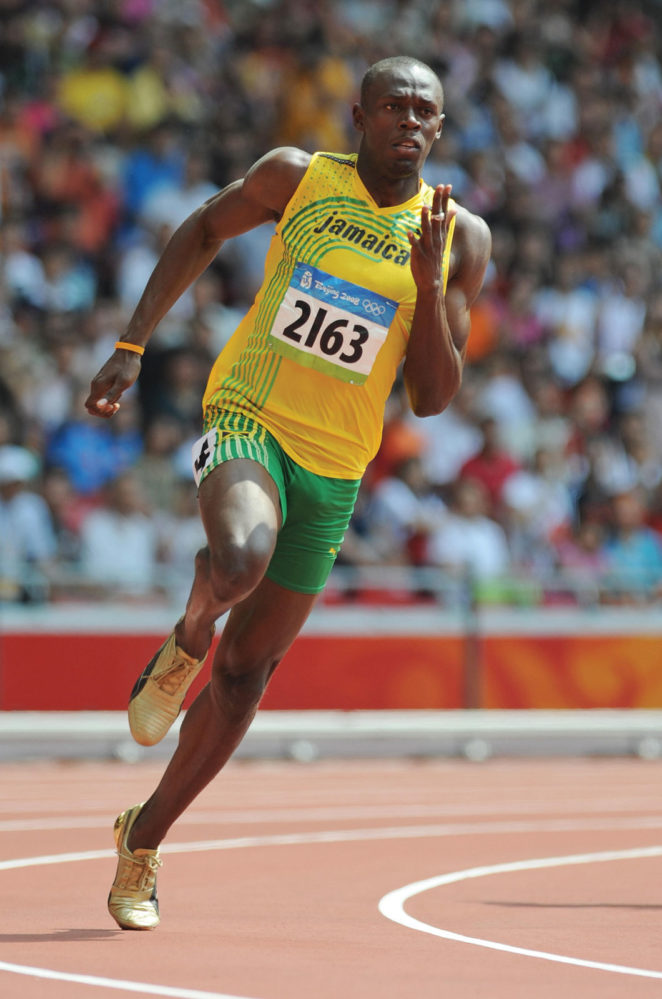 There has always been a debate among athletics fans about who really is the fastest sprinter. Naturally, the answer is invariably Usain Bolt, but many people argue that faster times have been run, even though they were wind assisted and not legal because of that wind. Let’s put the record straight; when Usain Bolt’s world record was 9.69 seconds in 2008,  then the nay-sayers sort of had an argument even though their point was still moot because the times they were pitting against Bolt’s record were illegal times.

In May 2014, Richard Thompson of Trinidad and Tobago clocked 9.74 after already setting a national record of 9.82 that same year. The 9.74, however, was wind assisted (at over +2) and he ended up not even making it to the Commonwealth Games in Glasgow. 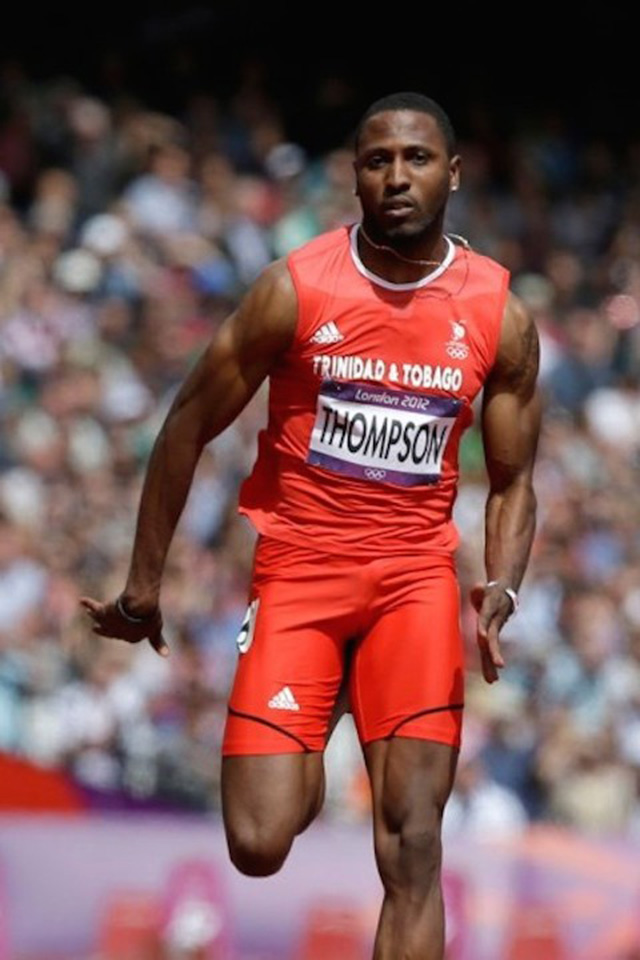 In February this year, Asafa Powell of Jamaica ran 9.72, but his time was also wind assisted (+2.1). Powell need not be too vexed though as he has been entered into the Guinness Book of Records as of May 2017 for the most sub ten-second 100m sprints. He has completed 97 sub-ten second 100ms so far, which is quite incredible. 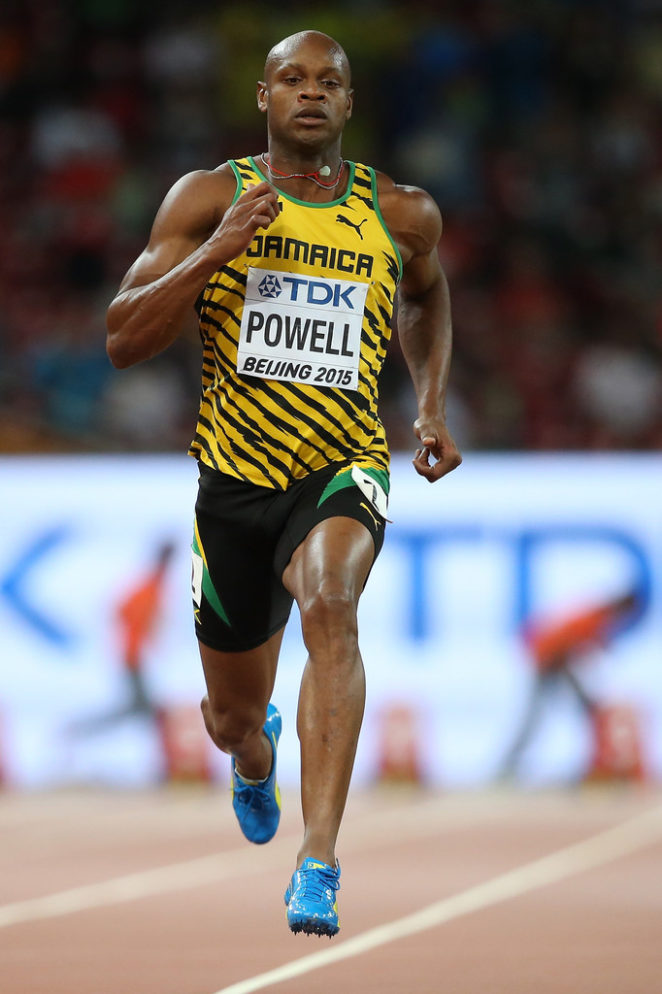 You may all remember Andre De Grasse, the Canadian who was pictured with a laughing Bolt as they crossed the line at the Olympics in the heats. Well, windDe Grasse has clocked some fast times in the last couple years. The most notable being a 9.69, which equals Bolt’s old record. However, it was hugely assisted by the wind(+4.8) and thus did not count. De Grasse is certainly one to watch and could go faster.

Obadele Thompson from Barbados became his countries first ever Olympic medalist in 2000 and ran a time of 9.69. Unfortunately for him it was massively wind assisted (+5.7) and did not register as an official time. Bolt’s old record from 2008 of 9.69 equaled Obadele’s illegal time, but Bolt did it legally. Obadele Thompson is not related to Richard Thompson from earlier in the article. 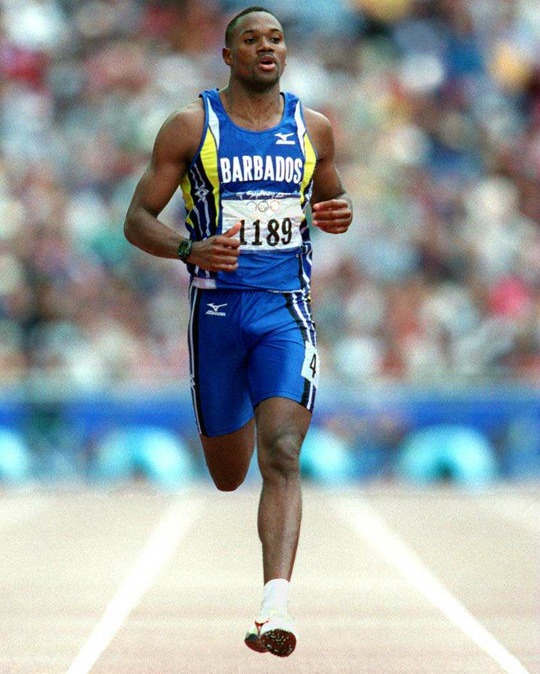 Now, this is where it gets interesting. Tyson Gay an American sprinter, who I’m sure you will all know quite well ran a time of 9.68 at the US trials in Eugene, Oregon in 2008. Again it was wind assisted (+4.1), so did not count. All of Gay’s fans and of course the ubiquitous Usain Bolt haters rejoiced in the fact that it was the fastest time ever run, either legal or illegal. So to them, Bolt was not the fastest anymore.

The debate went on for a year until Bolt stepped up to the starting blocks in Berlin in 2009 and absolutely smashed his own legal world record of 9.69 by running 9.58 and again, legally. That run put every other time, legal or non-legal in the shade and ensured beyond doubt that Bolt is the fastest man ever!

So what makes Bolt the fastest man alive, or dead for that matter? Well, one of the reasons is that at 6’5” tall he has a huge stride pattern. It only takes Bolt 41 strides to finish a 100m race. The average 100m sprinter can take up to 50 strides to finish a 100m. Since winning his first global medal at the Junior World Championships in 2002, Bolt has not looked back.

Other athletes have been clocked as running faster than Bolt. For instance, Jonathan Edwards, the British triple jumper was clocked on the runway when he broke the world record as at least as fast Bolt at one point. It’s another moot point though because Bolt sustains it and has a better finishing speed and average speed overall.

Many people think Bolt is arrogant and big headed. I honestly find their statements bewildering, although they are entitled to their opinion, of course.

Bolt is enigmatic, funny, gracious and very friendly and a great role model for all kids. People will cite the fact that he got drunk last year and had fun with girls. Well, having achieved what he has achieved and coming to the end of his career now, I think he deserves a break and some chill time. let’s not forget this was also right after the Rio Olympics when he had just achieved the ‘treble treble’ by winning the 100m, the 200m and 4x100m relay for the third successive Olympics. So he was celebrating and cutting loose after a hard year of preparation.

Bolt has accrued a fortune of over 30 Million Dollars. He does a lot for charity and the money has certainly not gone to his head. He runs his own foundation ‘The Usain Bolt Foundation’, which works to benefit local youngsters in Jamaica, with sporting goods provided and training given to aspiring athletes. Anytime you see Bolt on a billboard, it was probably pictured and manufactured by a Jamaican company because Bolt loves to give work to his fellow countrymen in order to give back to his roots.

He is probably the most relaxed athlete out there and some of the egos from 100m sprinting of both past and present would do well to follow his lead.

Someone will come along one day and beat his records because mankind will evolve along with muscles and advances in sport will get stronger and more technical.

One thing for sure though is the fact that there will never, ever be another Usain Bolt! He is the fastest man that has ever lived ‘ALL DAY EVERY DAY’.