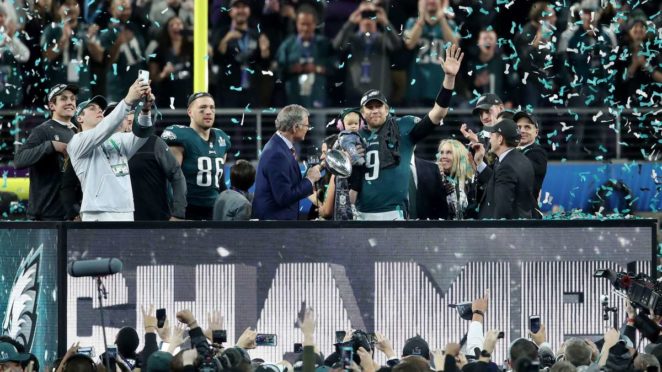 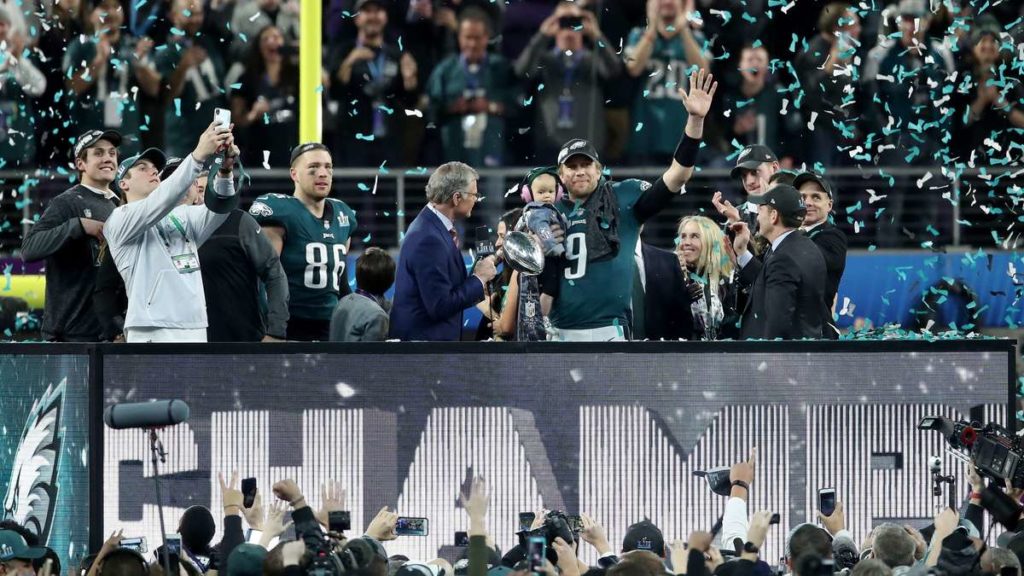 Congratulations to the Philadelphia Eagles for winning Super Bowl LII by defeating the defending Super Bowl Champions the New England Patriots on Super Sunday February 4, 2018 by a final score of 41-33 in Minneapolis Minnesota.

With the Eagles winning Super Bowl LII, they have won their first Super Bowl in three tries after losses to the Oakland Raiders in Super Bowl XV and the New England Patriots in Super Bowl XXXIX, they ended a drought of 57 years when the Eagles defeated the Green Bay Packers in the 1960 National Football League Championship.

What I noticed about the 2017 Philadelphia Eagles run to representative the National Football Conference was they used the cartoon character Underdog as their method to play the game versus the media and their critics that did not believe that after the injury to starting quarterback Carson Wentz who suffered an injury to his left knee in the football game versus the Los Angeles Rams in December 2017 which ended his playing time this year.

I do remember seeing the sports news channels when the reporters asked Eagles how they felt when Wentz suffered his left knee injury. The reaction from Eagles fans who were interviewed on the street was they thought that their franchise was cursed.

Even the New England Patriots were the favorites to defend their Super Bowl title this year, someone forget to tell the Philadelphia Eagles that they had no chance of winning their first Super Bowl title in their franchise history with a second string quarterback in Nick Foles.

Now that the Eagles have won their Super Bowl and their fourth National Football League Championship will come the big question that will be from their critics and news media “What do you for an encore?”