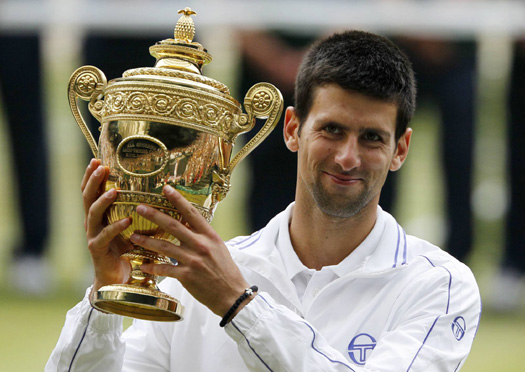 Novak Djokovic, in addition to having won his fifth title at Wimbledon, in United Kingdom, managed to equal the incredible record of 71 years. He managed to save the match of the ball, and then won the trophy in London, which succeeded Bob Falkenburg, in 1948. Not only did he save one, but two match-balls, and showed how he plays when he is on the verge of survival. He is the mentally the strongest tennis player, he did not give up at any moment, and with Roger he wrote history in the longest match in history.