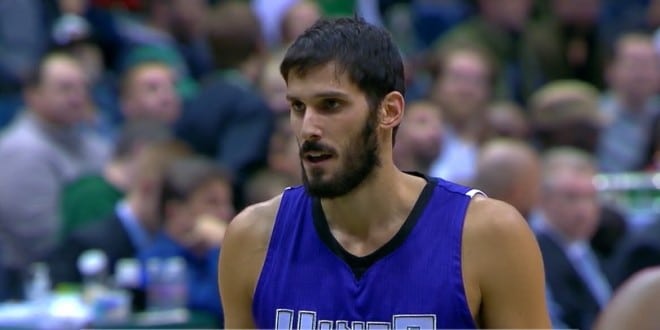 The funny thing about professional basketball players in the National Basketball Association (NBA) is that despite being paid a huge salary to play a kids game, the desire to play for a championship team like the Golden State Warriors and accept a pay cut to be with the defending NBA Champions is their top priority like in the case of Kevin Durant and now former Sacramento King guard/forward Omri Casspi.

Even though the NBA does have a salary cap to prevent teams like the Golden State Warriors to have a super team or a basketball dynasty as the sports media calls it, by signing Casspi to a small salary of just over $2 million dollars instead of his former salary of $4 million dollars with the Sacramento Kings, the Warriors will pay a luxury tax to add the services of Casspi to the team for one season.

What makes me laugh is that NBA Commissioner Adam Silver frowns at the idea of the Golden State Warriors and Cleveland Cavaliers being head and shoulders above the other teams in the league coming into the 2017-18 basketball season.

Too bad since in the views of Kevin Durant who was called a “cupcake” by anger Oklahoma City Thunder fans for leaving the Thunder as a free agent to win his first NBA Championship ring with the Warriors, I am just wondering if Omri Casspi will face the wrath of angry Kings fans when the Warriors visit the Golden 1 Center in Sacramento California during the next basketball season? I shudder to think about it.