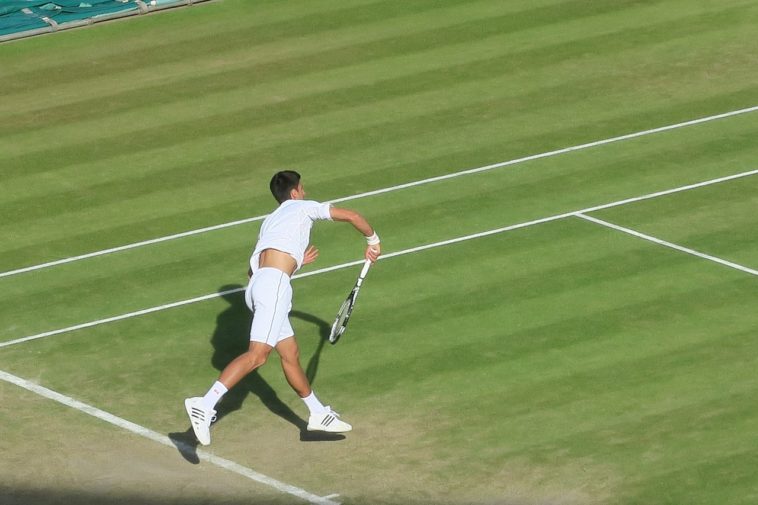 If you haven’t heard of Novak Djokovic, you may need to look around you, just to check you’re not actually living under a rock. But don’t despair, if you’ve just realised your ceiling is built from granite, and you’ve never heard of one of tennis’s greatest stars, read on.

Novak Djokovic is a Serbian tennis player who has achieved an enviable level of success, transcending the world of sport to become a household name. According to the Association of Tennis Professionals, he is currently ranked number 2 in the world in men’s singles, close on the heels of #1 Rafael Nadal.

At 31 years of age, Djokovic has won 14 Grand Slam titles, most recently taking out the top spot at both Wimbledon and the U.S. Open. Coming back from a difficult elbow injury earlier in the season, Djokovic is on track to supersede Rafael Nadal after back-to-back wins at the recent Masters 1000 events in Cincinnati and Shanghai. His performance in the upcoming French Paris Masters will determine whether he takes the crown.

Djokovic is considered to be one of the “Big Four”; the four men (Novak Djokovic, Rafael Nadal, Roger Federer and Andy Murray) considered to be the world’s best and most powerful tennis players. In the past, Grand Slam and Masters tournaments have been dominated by these four players, and Djokovic has long held his own.

Djokovic’s path to victory has been a long and inspiring one, taking him from war affected Serbia, onto the world stage. Making his professional debut in 2003, Djokovic has forged an impressive career for himself that has seen him win, aside from his 14 Grand Slam titles, 5 ATP Finals titles, 32 ATP World Tour Masters 1000 series titles, 12 ATP World Tour 500 tournaments, all whilst having held the No. 1 spot in the ATP rankings for a total of 223 weeks. He is also a five-time ITF (International Tennis Federation) World Champion and a four-time ATP year-end No. 1 ranked player.

Djokovic also highly values his religion and his family. He is a dedicated member of the Serbian Orthodox Church, where he has been awarded  the Order of St. Sava, 1st class, the highest decoration given, “for his demonstrated love for the church and the Serbian people.” In July 2014, just days after his win at Wimbledon, Djokovic wed his longtime girlfriend Jelena Ristic. The couple then welcomed their first child Stefan on the 21st of October of the same year.

To see his exceptional form in action, Djokovic is currently through to the quarter-finals of the Paris Masters. Expect exciting, edge-of-your-seat matches!

If you do follow Novak’s game and think you can guess the next outcome, you should invest in it wisely, placing a bet on Unibet.