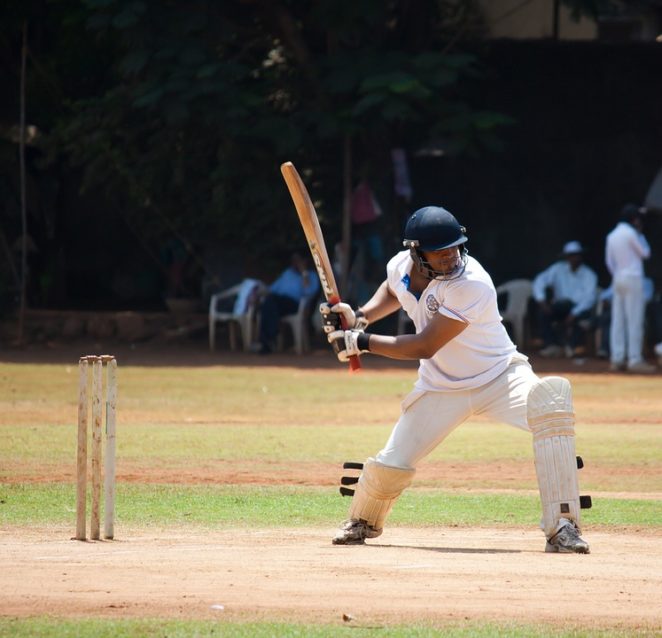 A night watchman is a lower-order batsman who comes to the crease instead of a higher-order batsman should a wicket fall close to the end of a day’s play during a three, four or five day cricket match.

It is common practice for a batting side to bat in approximate order of quality in terms of the players’ ability to score runs. The opening batsmen tend to be specialists who are good at fending off the bowling side’s opening fast bowlers, while the batsmen at positions three to six are expected to score the bulk of the runs. At the end of the list come the side’s bowlers who are not in the team because of their batting skills and are not expected to make large individual scores. Night watchmen tend to come from their ranks.

However, despite their relatively greater skill as run scorers, the fact remains that every specialist batsman is vulnerable at the start of his innings. A new batsman, once he has arrived at the crease and taken his guard, has to adjust to a number of factors, such as the condition of the light, the state and pace of the pitch, and how the bowlers are performing in terms of their pace and how they are moving or spinning the ball (depending on the type of bowler they are). It pays to be careful before beginning the task of scoring runs, because it is all too easy to be caught unawares before a batsman has got his timing right; the process of getting used to the conditions is called “playing oneself in”. However, should the bowler produce a really good delivery that does something unexpected before the batsman knows what to expect, the result could be disastrous from the batsman’s point of view.

A look at the scorecard for virtually any cricket match will show that it is not uncommon for at least one top batsman to make a low score, having been dismissed during the “playing in” period. In the circumstance mentioned above, when a wicket falls late in the day, a new batsman will have to go through two such periods, one during the last few overs before the close and, should he survive, another at the start of the following day. Given the added risk of dismissal at such times, it would be preferable, from the team’s point of view, for a run scorer to be protected from having to make two starts to his innings.

Hence there is a need for night watchmen. If a lower-order batsman is thought to be capable of protecting his wicket for the last few overs of the day, it is worth promoting him up the order even if he falls cheaply when play resumes the following day. The batsman who would have appeared the previous day can then start his innings at a reasonable hour of the day, only have to play himself in once, and have every chance of making a decent score. The night watchman’s wicket is therefore a sacrifice worth making.

It sometimes happens that the night watchman only has to face a small number of deliveries, or even none at all. This is possible if the other batsman on the field, who is presumably one of the better batsmen in the side, is able to “farm” the bowling by scoring a single run at the end of every over and therefore being the recipient of the bowling at the start of the next one. The night watchman’s job is therefore to back up his playing partner by running up the pitch when required and not getting himself run out!

The choice of who acts as night watchman is an important one. His main function is to defend, so he must be able to do that, and not every lower-order batsman can do so reliably. However, if there is a player in the team who is almost impossible to get out if they are minded to stay put, then they are quite likely to get the job. A good defender will be very watchful and quick to react if the unexpected happens. He will have a natural awareness of which balls are safe to leave and which must be met with a dead bat. He will not be tempted to make rash strokes at balls that seem to offer scoring opportunities.

However, should he succeed in his role and still be batting when the next day’s play begins, the night watchman’s job is to put up or shut up, or, in other words, either to score some quick runs or get out and make way for the batsman who was being protected on the previous day. The worst thing that a night watchman can do is continue to defend and thus block up an end that could be occupied by someone who is a lot better at making scoring shots. It does sometimes happen that a night watchman makes a decent score, but this is usually when he gets lucky and hits some shots that beat the fielders before making the mistake that costs him his wicket. The more usual outcome is that the player gets bowled or offers a catch soon after he starts batting in a way that does not match his talents.

Sometimes the tactic of using a night watchman goes wrong and the lower-order batsman does not survive until the end of the day’s play. The captain of the batting side then has the problem of deciding who should take his place; should it be the original batsman or a second night watchman? The circumstances of the match will probably decide the issue, but it is a tricky one to make. That said, cricket is a game that is all about balancing risks and opportunities, and it is impossible to get such decisions right every time.

At least the concept of the night watchman gives a cricketing side an extra option when a particular situation presents itself. Whether the taking of that option proves to be wise or otherwise is often decided by the cricketing gods who seem to have a huge influence on this fascinating sport.