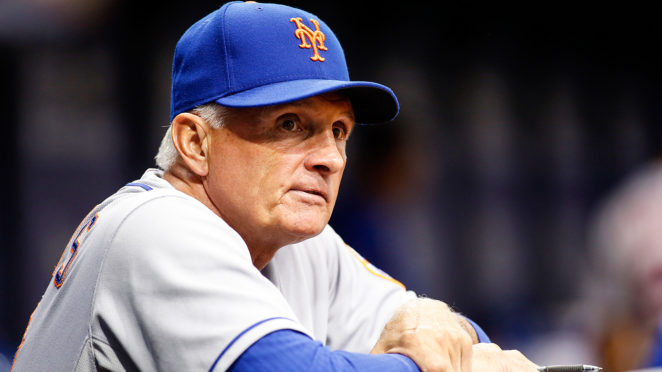 The New York Mets  who basically play second banana in the New York City media world behind the New York Yankees will not have the services of their manager Terry Collins who stepped down from his post effectively Sunday afternoon after the Mets lost their final regular season game versus the Philadelphia Phillies at Citizens Bank Park in Philadelphia  Pennsylvania by a final score of 11-0.

Collins managed the Mets from 2011-2017 leading the Mets to the 2015 World Series before losing to the Kansas City Royals in what was considered one of the best World Series  ever played in recent memory.

Collins, 68, will stay with the New York Mets organization in a front office role in the 2018 Major League Baseball season.

Mets general manager Sandy Alderson will now be searching for a manager to succeed Collins during the off season. Whoever succeeds Collins as the next Mets manager he will inherit a very good baseball team that if the starting pitchers can  stay healthy, the Mets have a great chance to be  playoff contenders for the near future.

Thank you Terry Collins for  making the Mets an entertaining team  during your tenure.