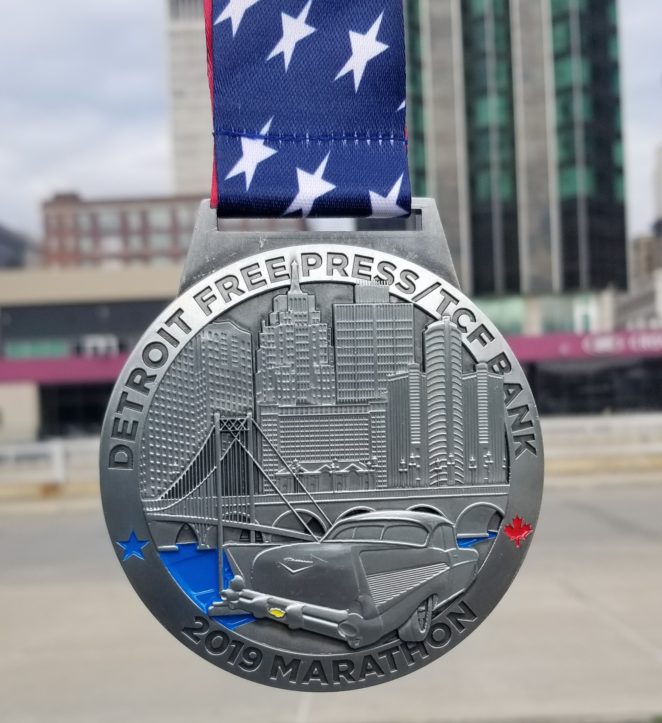 Detroit Free Press/ TCF Bank Marathon became an option for me when I did not get into the lottery for 2019 Chicago Marathon. The bitter part about that was having completed the Chicago Marathon in 2014, 2015, 2016, 2017, then not getting accepted into it in 2018 & 2019. Detroit Marathon was the next best thing in comparison to Chicago Marathon and I was welcomed by its Twitter page once I Tweeted my interest in the event. 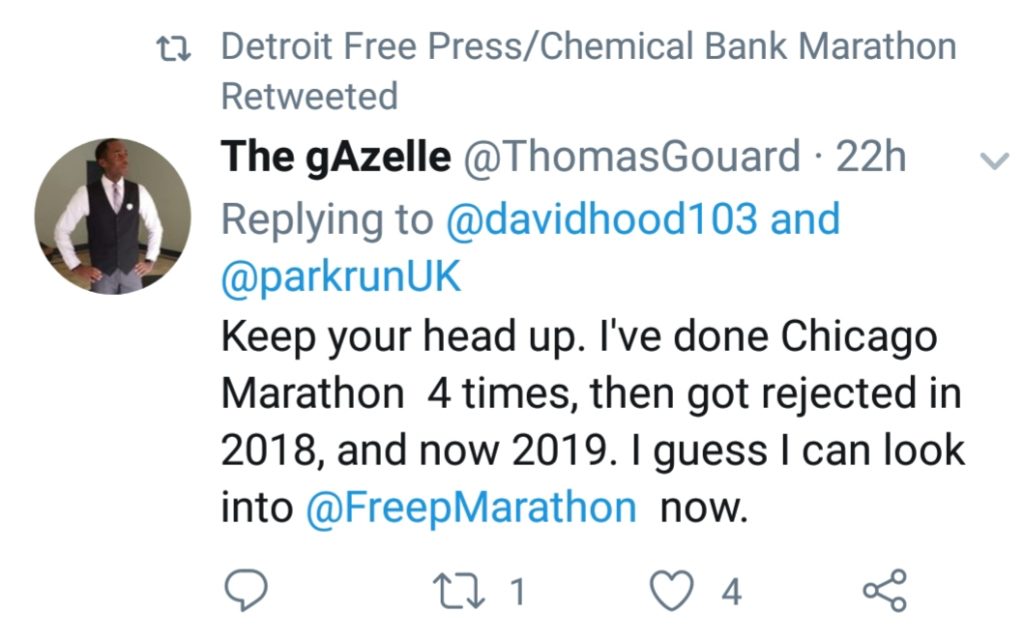 To this date, Detroit Free Press/TCF Bank Marathon is my 20th marathon! As for the marathon in general, it is the ultimate tester of a persons will! I often quote to people that all you need is the “will” to finish and half the battle is won going into running 26.2 miles. If you do not have the “will” to finish then you have nothing once you encounter those mental barriers from start-to-finish.

I enjoyed this marathon entirely because of it being a new adventure. Prior to the event I saw little snippets of the course, but running it was a totally different feeling. I could not help but to look around during the earlier portions of the run to take in the views of Detroit, and giggling at the humorous signs created by spectators which helped take my mind off the tough portions of the course.

The course gorgeous! It takes you through the inner portion of downtown Detroit, and along the river side of Windsor, Ontario Canada. Some of my favorite parts of the course was running over the Ambassador Bridge en-route to Windsor, Ontario Canada; going through the Detroit-Windsor Tunnel; as well as running along the beautiful Detroit river walk. 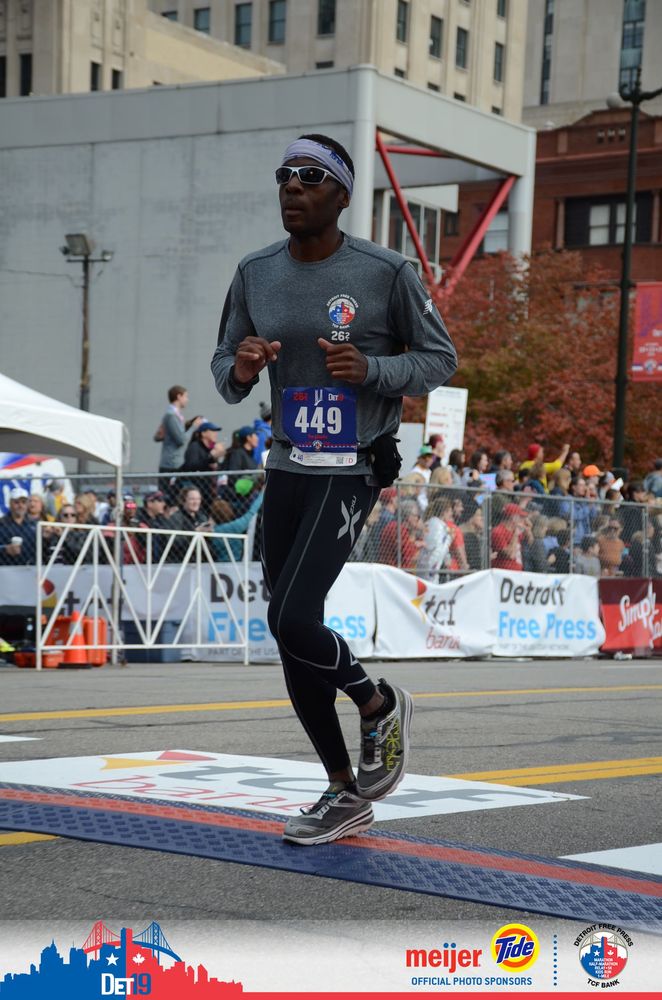 I kept well hydrated throughout the course by carrying a 20 ounce bottle of water with me. during the earlier half of the run. There not only was support from the volunteers at the water stations, but from spectators as well who brought signs, fruit, candy, and even beer & wine? By mile 24, I had given in to that urge to drink a beer while running, hehe. 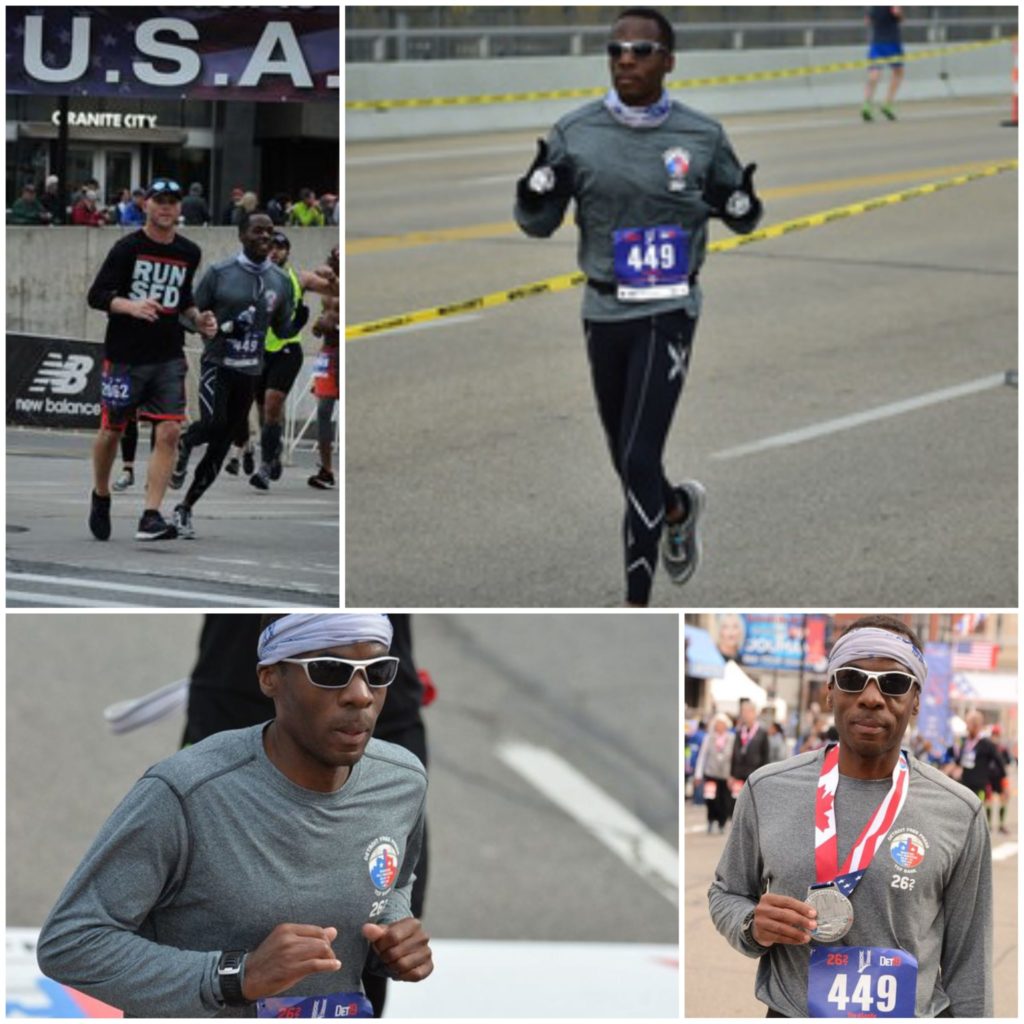 For next years event, I’am deeply considering running the International half marathon which hits the same key landmarks as the full marathon. My reason is so that I can get more pictures of the landmarks after and maybe during the run because I felt as though I had no time once I arrived to Detroit. I was only in Detroit for 2 days and literally had to check out of my hotel once I got in from running the marathon.