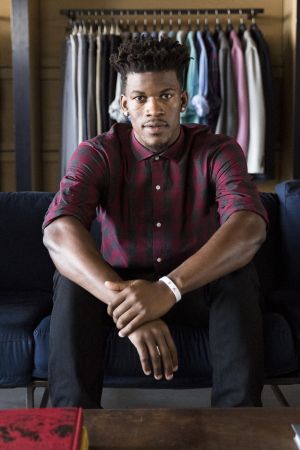 If you are a fan of the Chicago Bulls your heart must be broken that small forward Jimmy Butler who played six years for the team was traded by the Bulls to the Minnesota Timberwolves in exchange for Kris Dunn, Zach LeVine and a number seven pick in the 2017 National Basketball Association Draft on Thursday.

The harsh reality of the National Basketball Association is that is a business and the days of a star player like Butler playing his entire career with one team is no longer the case.

The silver lining in the dark cloud of Butler being traded to the Minnesota Timberwolves is that Butler will be working with his former basketball coach while he was in Chicago Tom Thibodeau from 2011-2015.

Butler being the gentleman that is sent a heartfelt message of thank yous to the Chicago Bulls fans for supporting him in the six years of his tenure with the Bulls.

As far I am concerned, it will be a new chapter in the career of Jimmy Butler getting a chance to make the Timberwolves a playoff contender in the near future while working with his former coach once again.

Cheer up Bulls fans, the sun will rise tomorrow and the beat will go on as scheduled.