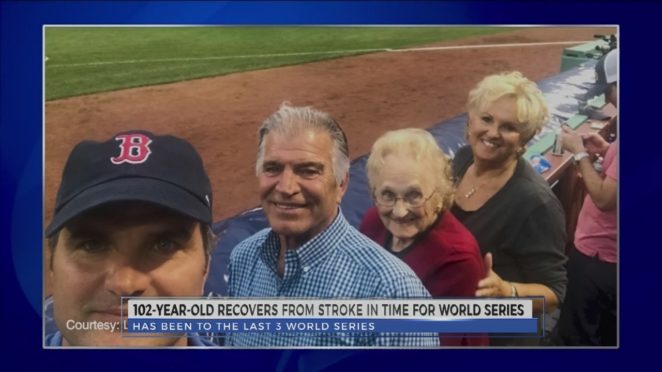 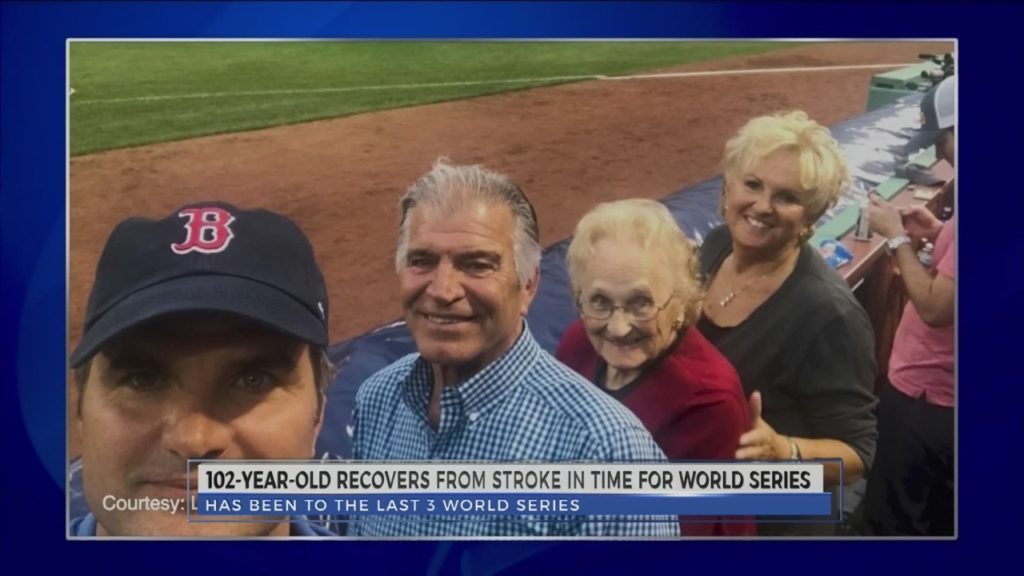 Mary Lawtoski who is 102 years of age is probably the oldest fan of the Boston Red Sox was excited to be at the second game of the 2018 World Series that was played at Fenway Park this Tuesday to cheer for her local baseball team.

The irony of Mary’s devotion to her Red Sox is that Mary was born on February 14, 1916 which was the year the Boston won their fourth World Series title when the Red Sox defeated the then Brooklyn Dodgers who are now the Los Angeles Dodgers the year she was born.

Mary has attended the Red Sox baseball game at Fenway Park when they competed in the 2004, 2007 and 2013 World Series games that resulted in her favorite baseball team win the World Series championships.

Mary had recently completed a rehabilitation assignment in Warwick Rhode Island after she suffered a stroke three weeks ago.

Mary was released from Kent Hospital in Warwick to be behind home plate to see her favorite team win Game Two of the best of seven series against the Los Angeles Dodgers.