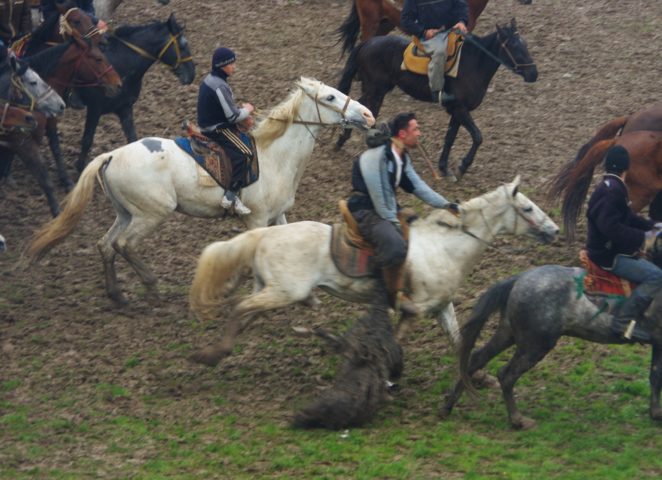 There are some sports that you might never be known to exist. In Tajikistan, “buzkashi” is a sport whereby the horse riders snatch the goat to reach the end goal. It is seemingly like playing polo sports in developed countries. It has been a tradition for the local people to organize an event from the month of November to April annually.

The mechanics are just simple to snatch the goat to the goal and participated with a lot of horse riders. The event is so perfect for the local people to entertain themselves. The venue varies from one place to another in Tajikistan. In most cases, it is commonly seen in mountainous areas of the country or in a large stadium or arenas available.

The local audiences enjoyed grilled meat and eat while watching the local sports in town. It is called “shashlik”, grilled lamb meat with the usage of skew. The enjoyment can never be denied with the loud noise with applause moments if their favorite team scored in playing “buzkashi”. The fierce faces of the players are so intense in snatching the goat. This traditional game is also being practiced in other countries comprising the Central Asia territory. It can be played in short matches or it takes a few days to end the game. There are some prizes allotted for the winners of the game.

That’s the feeling of excitement in discovering the other countries’ culture. It wasn’t being broadcasted online or written in news. The manner of knowing the fact that “buzkashi” gives pride to the local people in Central Asia. It takes a matter of accepting the adventure and learning the other culture. In some Central Asia’s countries, this game was stopped because of certain rules that they believed in. Some local people claimed that it is a barbaric way to kill a goat and be used in the game.