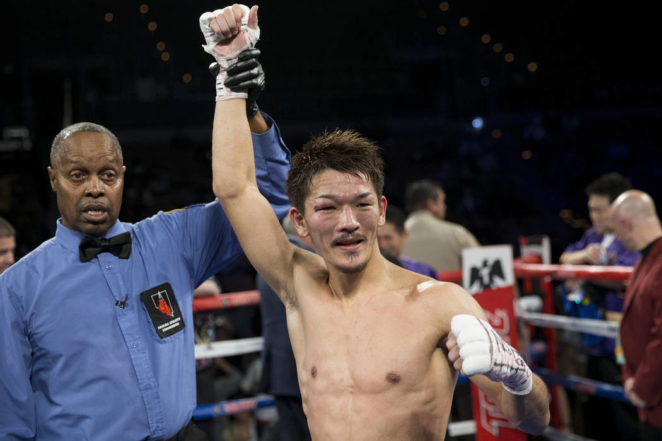 Going into this fight I think many, including Tevin overlooked Kenichi because there really was not much information about Kenichi, but just his overall record and knockout ratio. I am sure that since he was a fighter from Japan that has not fought outside of Japan that many overlooked him for those reason too.

Per, Boxing Scene, Tevin even stated, “That’s my belt. I already know that for a fact. If I can’t beat a guy like Ogawa – he can fight and I’m not taking nothing away from him- but if I’m at the level I say I’m at, if I can’t beat this guy, then I gotta hang it up.”

Tevin even seemed to have Gervonte Davis in his sights, getting into several Twitter battles with the former IBF World Super Featherweight champion, instead of focusing on his current task, which was Kenichi. I guess now that Kenichi holds the IBF World Super Featherweight title we now know what he can do in the ring and will get the chance to see him again, but will it be a rematch with Tevin, I guess we will just have to see.

Sometimes you just have to let all your talking be done in the ring, instead of on social media, and be humble about getting the opportunity in the first place because anything can happen in the world of professional boxing. As for Kenichi, per, The Japan Times, Kenichi became the first Japanese boxer in 36 years to win a world title fight on the U.S Mainland. Tadashi Mihara was the last to do it in 1981.