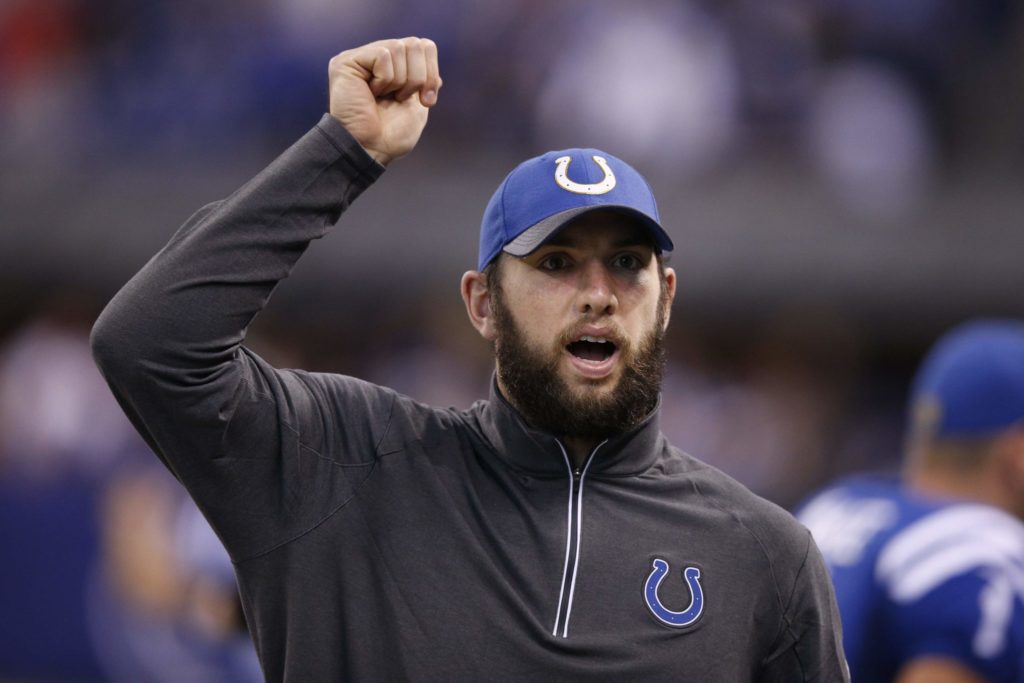 Even though the National Football League (NFL) has been having a public relations nightmare due to some of the football players becoming social justice warriors by sitting on the pines or kneeling during the playing of the Star Spangled Banner due to police brutality or mistreatment of minorities in America,

Indianapolis Colts starting quarterback Andrew Luck who due to an injury was not able to play football during the 2017 football season has been using her free time to give back to his community by opening up a book club in April 2017 which is called The Andrew Luck Book Club in which Andrew goes to schools in the Indianapolis area to encourage children to read books.

Luck has been an avid reader since he was a child which explains why he has a very sharp mind to play his college football at Stanford University from 2009-2011 before he became the first round draft pick of the Indianapolis Colts in the 2012 National Football League Draft.

At least Andrew is sharing his passions of book reading with members of his community in the schools as a way to encourage children and adults to read books so they can live a productive life when they become adults and senior citizens.

Come think of it. The joke would be “What does Peter Parker, Becky Botsford and Andrew Luck have in common?” The answer is “They would be happy to be called Bookworms.”.