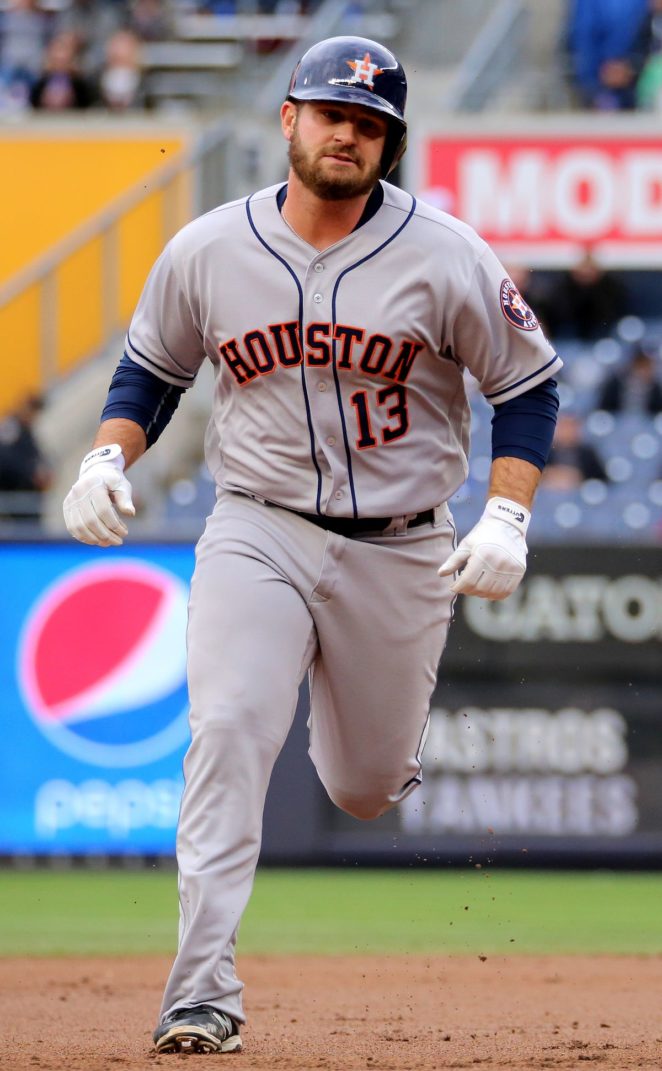 Talk about being a fan of the Houston Astros who is a school teacher at Waco High School which is located in Waco Texas where the fans in that city root for the arch rival of the Astros the Texas Rangers.

James Yasko who is a 11th grade history teacher who made a bet with his students in August that if the Houston Astros won the 2017 World Series, he would buy all of his students a pizza that he would pay of his pocket.

Yasko had that feeling that the team he roots for that 2017 would be the year his Astros would win their first World Series championship for the first time in the history of their franchise which began play in the Major Leagues along with the New York Mets an expansion team.

In a baseball story that actor, writer, director and author Sylvester Stallone that reminds people of his fictional boxing character Robert “Rocky” Balboa the Astros were on the outside looking to make a playoff run much less win the American League Western Division title in 2017.

Houston Astros infielder Tyler White read on his Twitter account that Yasko was going to pay $54 dollars to pay for all of the pizzas he was going to give to his students, Tyler decided to reward Yasko’s loyalty to his favorite baseball team by paying for the pizza bill and other meals for the students.

After the World Series ended with the Astros beating the Los Angeles Dodgers in seven games in a best of seven series format, Tyler had a day named in his honor for pitching in to the pizza party at Waco High School on a Monday.

These kinds of sports stories should be reported on by the media more often that the dark side of sports that the media relishes to place on our television viewing time.