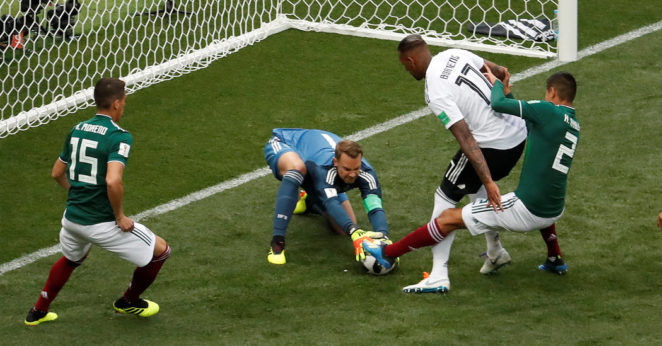 In Russia Germany and Mexico both biggest teams face each other in ongoing FIFA World Cup 2018. In the first match, Hirving Lozano of Mexico scored one goal after long fight for his team against Germany.

Germany’s team in second half attempted to score goals TO equals the edge, but Mexico’s players failed the attack strike of Germany’s aggressive war. The German team was in trouble for the last time, but the Mexican player remained shielded for their intentions and won. 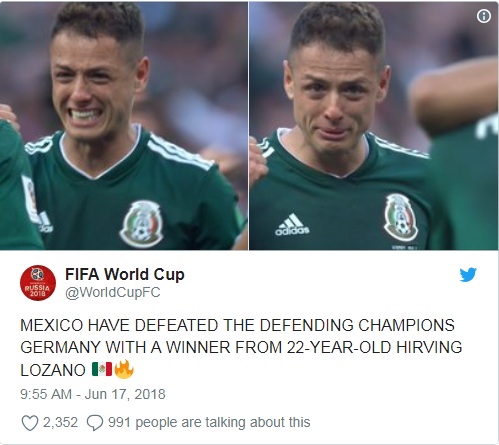 Germany Football World Cup has been the winner four times and is expected to won fifth time, this crown made the Germans proud of Germany, but the defeat of the match has made the German team’s weaknesses clear.

Meanwhile, in another match played today, Serbia defeated the Costa Rica team with one goal.