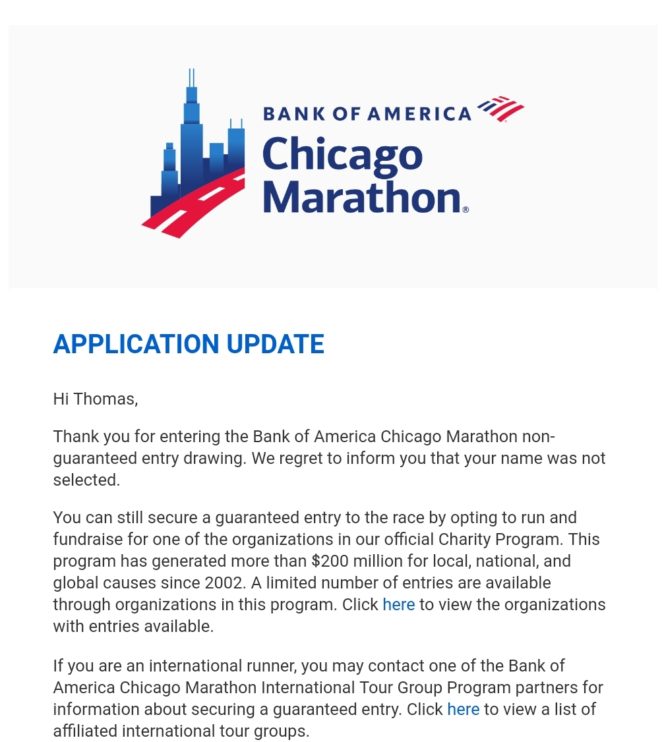 Well, there it is! The application update which I expected. The “not selected” result didn’t bother me as much as it did last year because it just gives me another chance to travel as I did previously making Detroit Marathon my option. The price to run Detroit Marathon was a lot cheaper than the cost of running Chicago Marathon, so I was spared that Chicago Marathon price since I didn’t get in. This result also makes me feel that maybe it is my time to move on from that goal of trying to reach five Chicago Marathon’s total which four really isn’t bad. And on that, I honestly would have preferred running all five back-to-back if it would have been possible, but at least the four I have ran are back-to-back.

As for my options for next year I have St Jude Memphis Marathon (Memphis TN), St. George Marathon (St George UT), Philadelphia Marathon (Philadelphia PA), Space Coast Marathon (Cocoa FL), and Indianapolis Marathon (Indianapolis IN). Out of the five I’d say Indianapolis Marathon is number one out of the five because it gives my family the chance to come out and watch, being that my mother and sister live in Indianapolis. Which ever choice I make I do anticipate sharing my training with all of my readers as I did for Detroit. And speaking of Detroit, I will be registering for the International Half Marathon which its course is half of what I ran for its marathon. 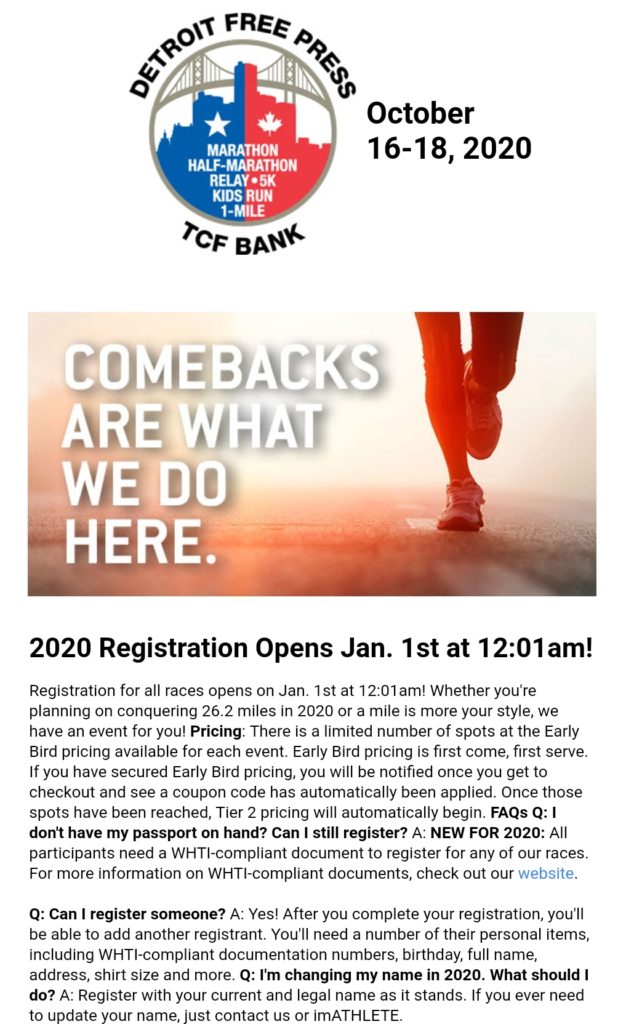