This Golden Gophers team is different than last years team. Much talented and has key superstars like Rashod Bateman and Rodney Smith who are well capable of exposing the Fighting Illini defense. Both had a tremendous performance against the Purdue Boilermakers in West Lafayette, Indiana. If the Fighting Illini can find ways to keep Bateman and Smith at bay then I see it being a pretty decent football game despite the match up predictor. 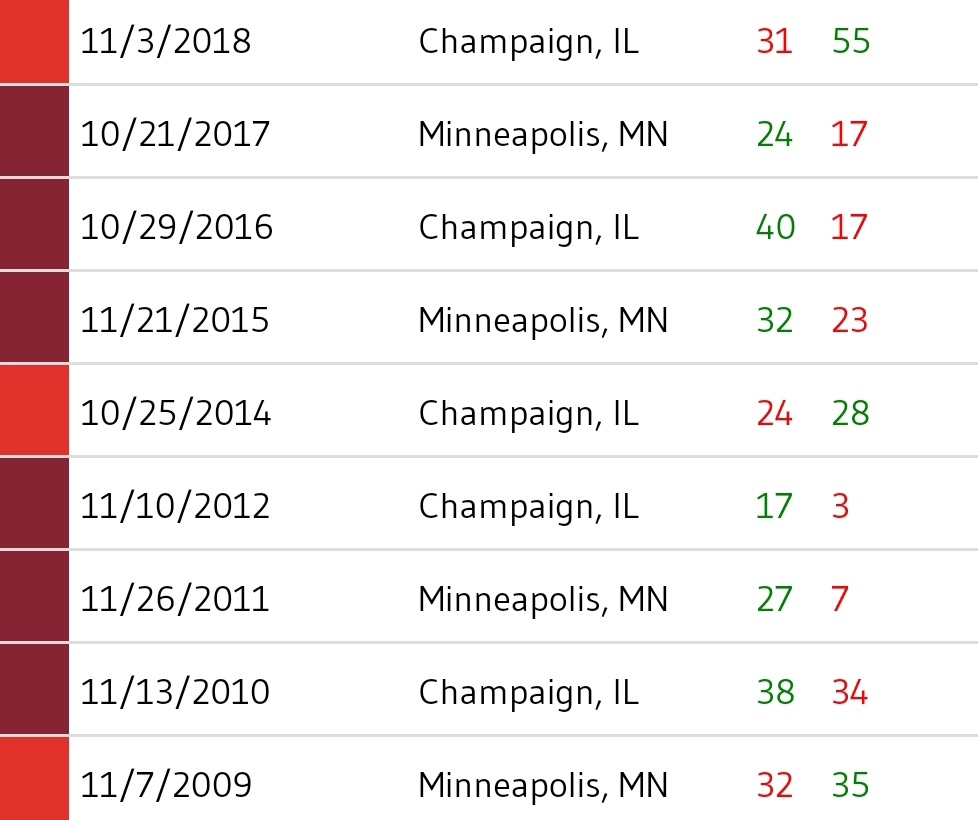 Sadly, if you look at the Fighting Illini vs Golden Gophers past games within a decade, notice the trend? 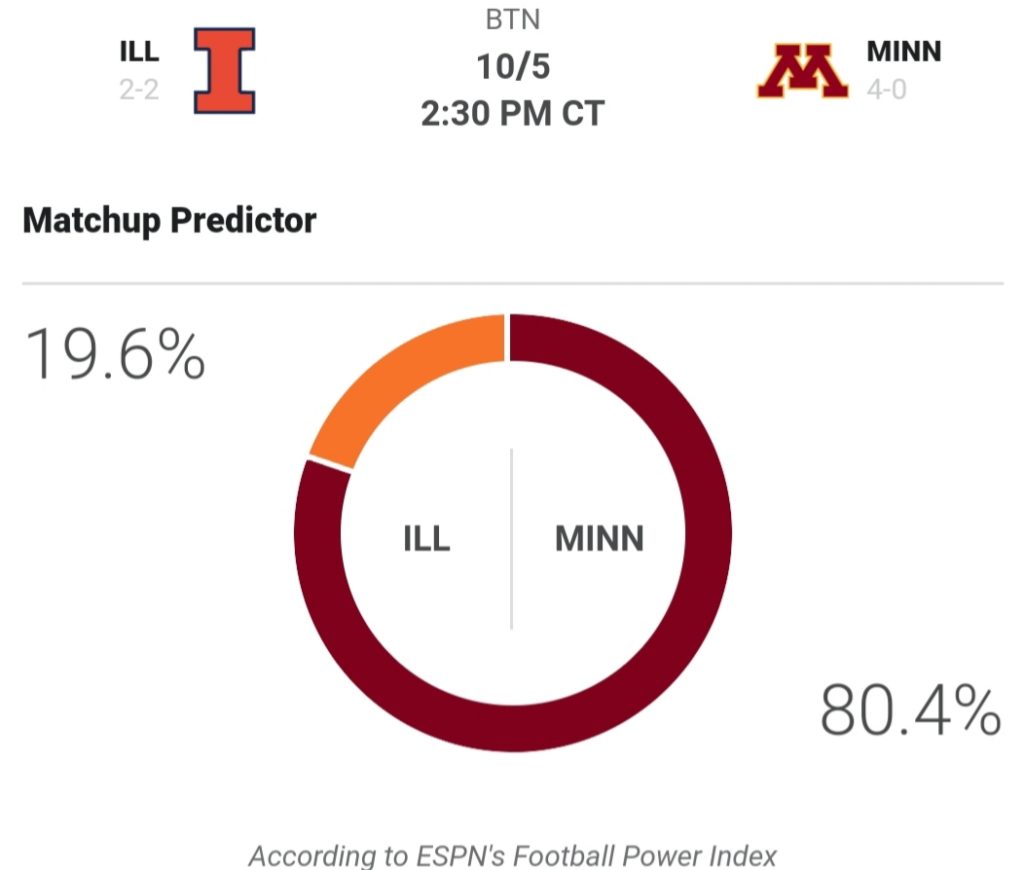