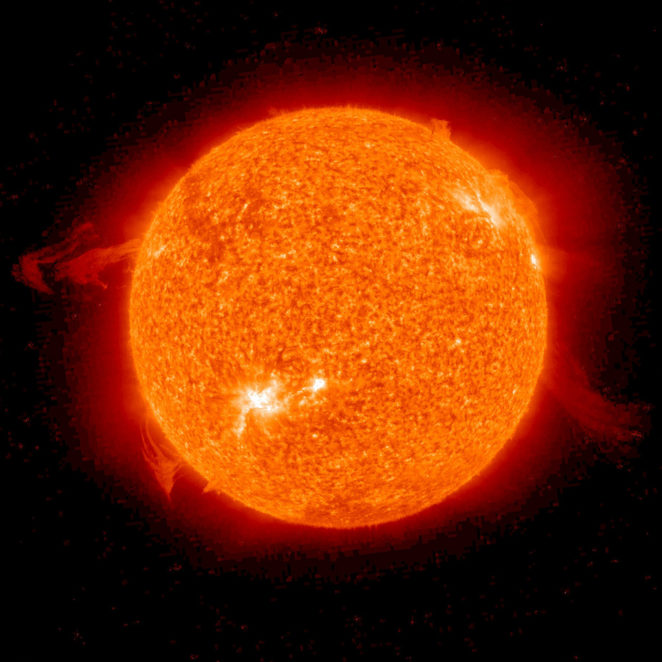 The Sun is a massive nuclear fusion reactor that is converting hydrogen to helium and releasing vast quantities of energy as a result. This means that eventually it will run out of fuel and cease producing energy. When that happens there will be no possibility of life continuing on any planet in the solar system. So how long have we got? 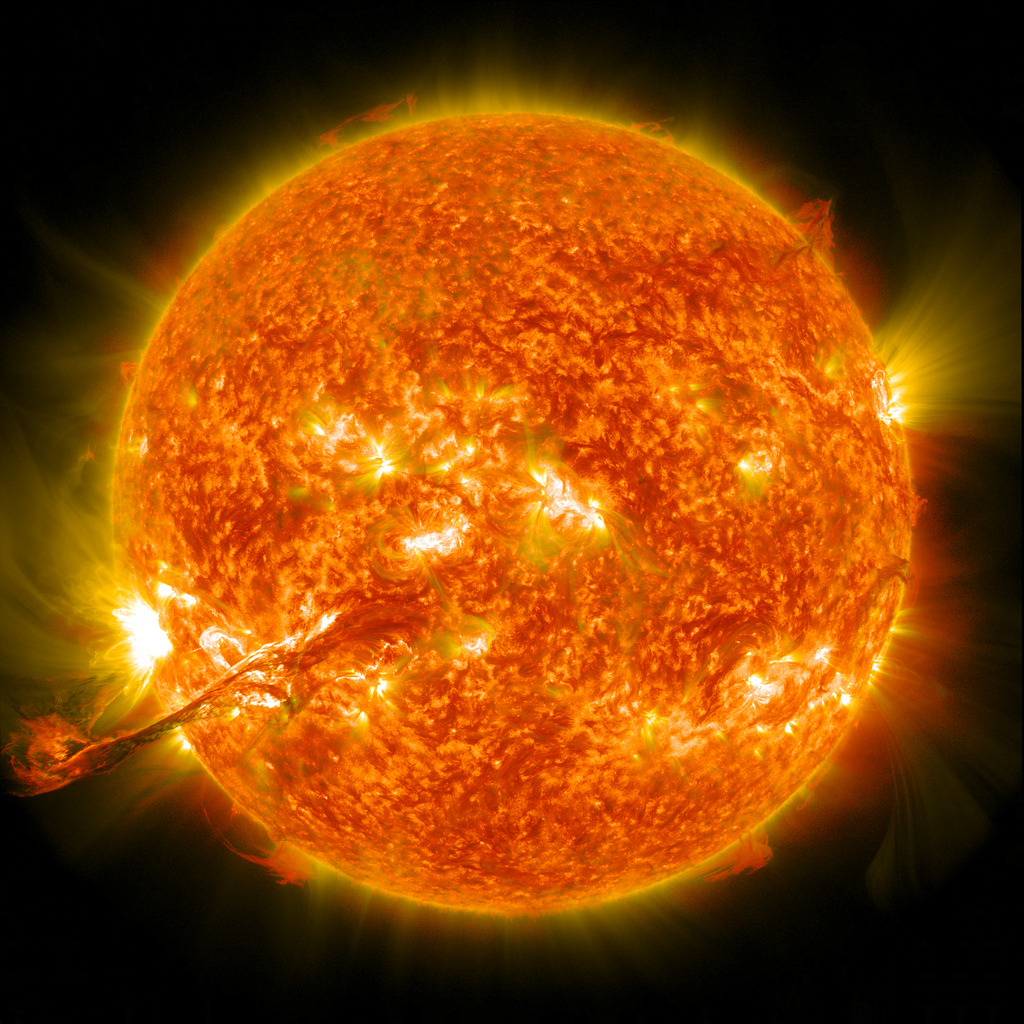 All good things must come to an end, and that means that not only will every person, animal and plant currently alive have to “meet its maker” (however you might interpret that expression), but even the Sun itself will eventually die and cease to emit light and heat.

However, there is no need to panic! The Sun has been going strong for 4.6 billion years and will continue to do so for a long time yet.

What will happen, over the next few billion years, is that as the Sun’s nuclear fuel is gradually used up it will become both brighter and bigger – twice as bright and 50% larger.

Around five billion years from now all the hydrogen in the Sun will have been converted to helium and the nuclear fusion process will end. The core will shrink and the outer layers expand massively while at the same time becoming much cooler. The Sun will have become a red giant.

The diameter of the Sun will expand to such an extent that it will swallow up the inner planets, including Earth. However, life on this planet will have become impossible long before this point is reached – even if mankind has not committed collective suicide (on behalf of all living things) many millions of years before this happens.

Eventually the Sun’s outer layers will fade away into space, to leave only a small white dwarf star behind. If the Sun had been considerably more massive at the outset it would have run the risk of exploding as a supernova, but it was never anywhere close to being that category of star.

The total life of the Sun, from birth to death as a fading white dwarf, will have been about 11 billion years, of which the existence of humankind on Earth will have been an extremely small fraction.

At least – when it happens – nobody will be able to blame any President or Prime Minister of the “wrong” political persuasion for their lack of action in allowing the Sun to stop working!