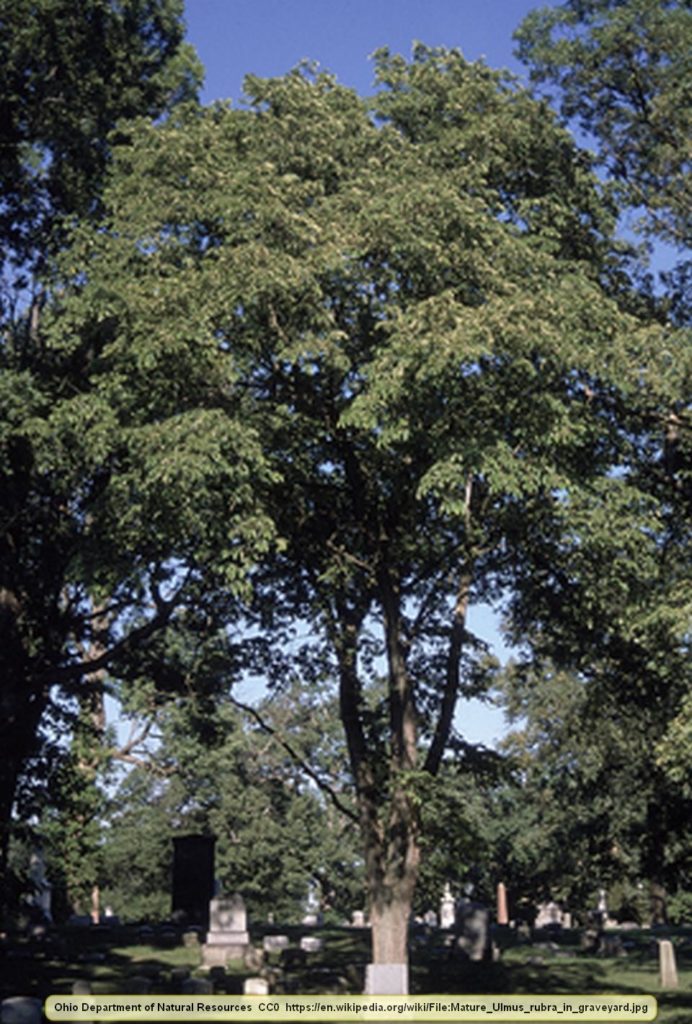 Many people know what a slippery elm tree is and what it looks like. However, there is a lot more to this tree than just knowing what it is and looks like.

Slippery elms (Ulmus rubra) are a kind of elm tree that is native to North America, from Texas to southeast Canada and as far west as North Dakota. It has been introduced to other areas of the US and to Europe. It is also sometimes known by other common names; red elm, Indian elm, moose elm, and gray elm.

This tree normally doesn’t get large. The normal height is 40-60 feet, though it occasionally grows to about 100 feet. This is a deciduous tree and the leaves tend to be reddish-green when they bud out, later turning dark green. The leaves are 4-8 inches long, with double-toothed leaf margins. The bark of mature trees is grayish and vertically ridged. 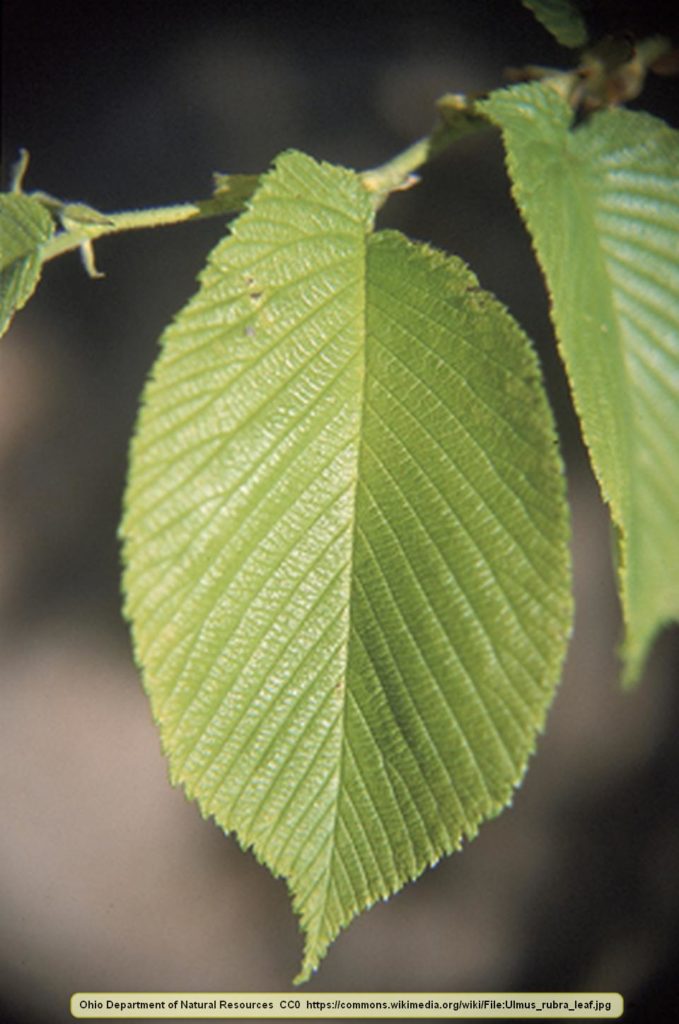 In appearance, slippery elms look a lot like American elms, though there are noticeable differences. American elms have been devastated by Dutch Elm Disease, though, and slippery elms aren’t as susceptible to this accidentally introduced disease.

This tree isn’t very important for its wood and it isn’t among the most commonly grown trees as ornamental trees. The cambium or inner bark is fibrous and can be made into twine, thread, ropes, bow-strings, and can be woven, but these uses aren’t common. A person might begin to wonder what good slippery elms are.

The answer is that the cambium of slippery elms has been used for a long time for medicinal purposes. Slippery elm is anti-inflammatory and has been used for a lot of different problems. It is used internally, usually as an infusion or tea, to treat sore throats, UTI’s, bladder infections, coughs, constipation, diarrhea, colic, irritable bowel syndrome, stomach ulcers, inflammations of the digestive system, herpes, syphilis, toothaches, and to relieve an acid stomach. 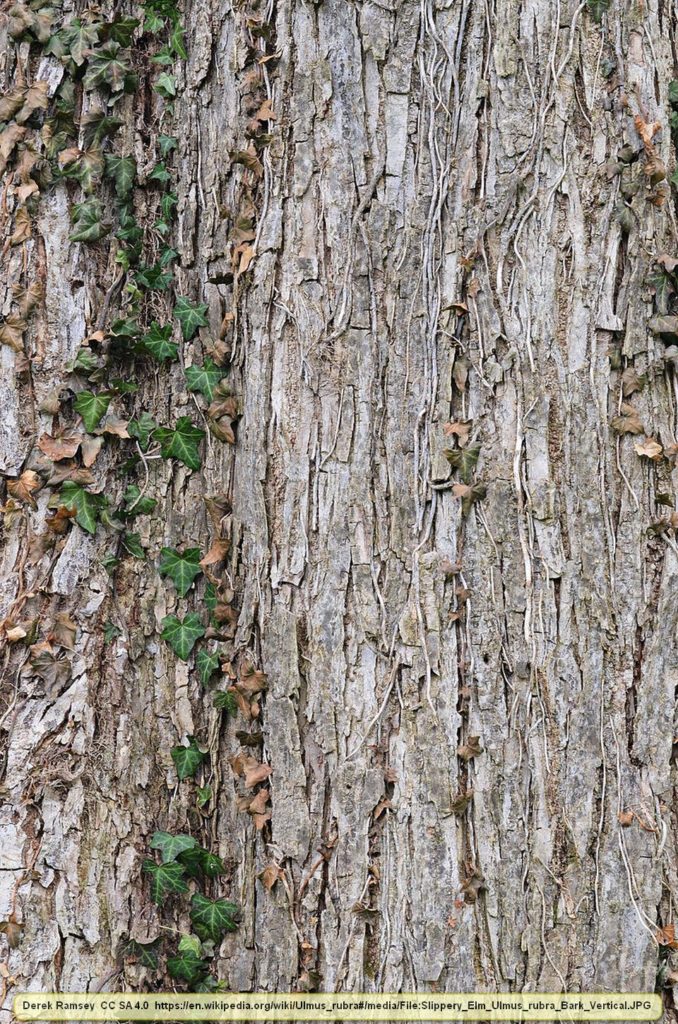 Note: Care needs to be exercised for use by pregnant women. Slippery elm has been used in the past to cause abortions when taken internally.

Some kinds of baby food might contain small amounts of slippery elm because of its use in controlling colic.

Cambium from slippery elm can easily be made into a salve or ointment using a base of lard, for external use. It can also be made into an agreeable cough syrup, especially in combination with the cambium of choke-cherries/wild cherries.

Slippery elms are trees that show that appearances can be deceiving. The tree doesn’t especially look special and it is seldom used as lumber. Yet, this tree has great value. In fact, slippery elm is available in health food stores and has been approved by the FDA for use as a supplement.