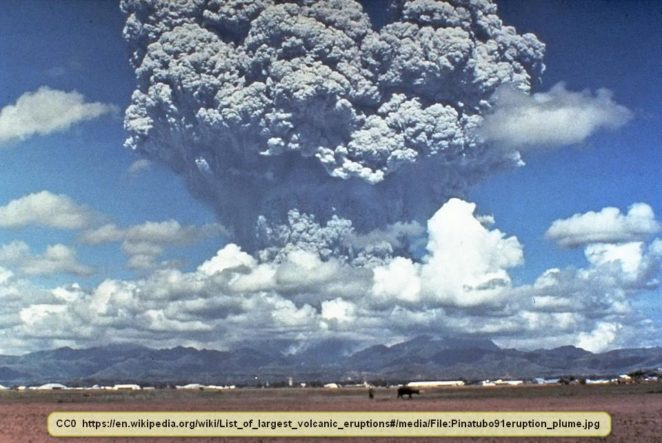 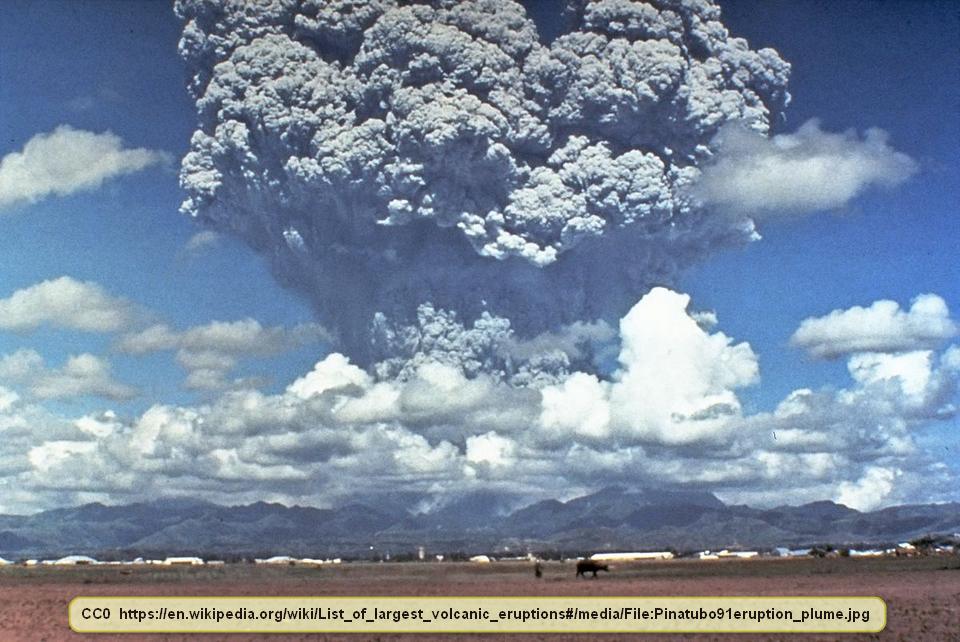 In only the last couple of years, there have been a number of volcanoes that have erupted, causing a lot of devastation. The eruption in Hawaii and Guatemala were only two of them. It leads a person to wonder what will happen when the Yellowstone Supervolcano erupts.

It is first important to mention that the frequency of volcanic eruptions really hasn’t increased recently. According to the USGS, there are between 11 and 13 volcanoes erupting somewhere on Earth at any given moment. We usually are just not aware of most of them.

The Yellowstone supervolcano isn’t a normal volcano, though. It isn’t just the large surface area, covering most of Yellowstone National Park, that sets it apart. Rather, the magma chamber under the volcano is truly enormous.

To grasp the size of the magma chamber, it can be explained that the magma chamber under Mount St. Helens was/is about 5 cubic miles. When St. Helens erupted, it totally obliterated all life within the blast radius of many miles. It sent a plume of ash 12 miles into the atmosphere and the ash fall was heavy over several hundred square miles. Believe it or not, this wasn’t a large eruption. 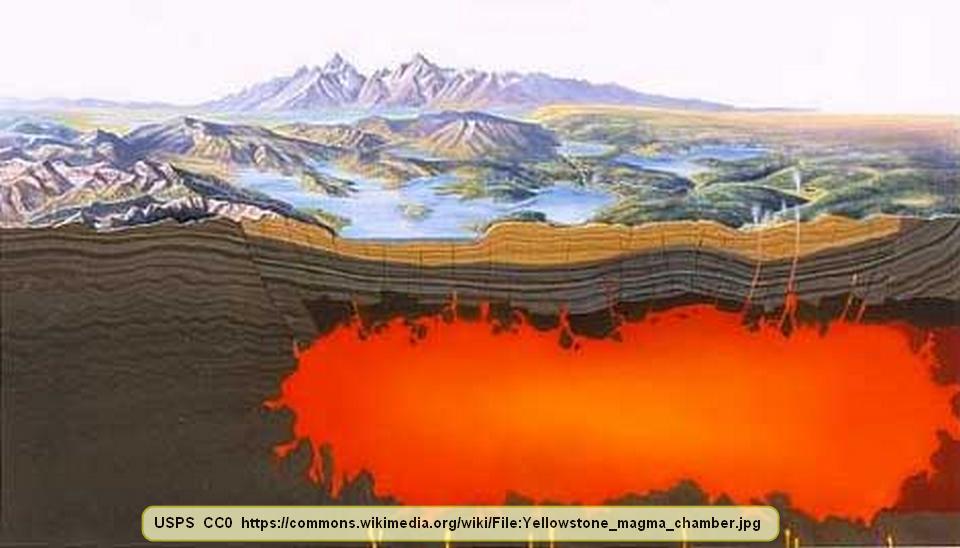 The magma chamber just a few miles below the surface at Yellowstone is approximately 2,400 cubic miles in size. Let that sink in for a moment. That magma chamber is 1,400 times larger than the magma chamber under Mount St. Helens. It contains enough lava to fill the Grand Canyon 11 times.

That is only part of the picture, too. There is a second magma chamber below the shallow one and it is far larger. The lower magma chamber, which feeds the upper chamber, is roughly 11,000 cubic miles in size.

It needs to be understood that a magma chamber isn’t filled with molten rock. Most of the superheated rock there isn’t fluid but rather it is elastic. Only about 9% of the contents of the chambers under Yellowstone is fluid. However, it is also under extreme pressure. An eruption would be a sudden release of the pressure and the magma would blast out with staggering force. Some of that would be liquid lava and a great deal of it would be expelled as ash and gases. 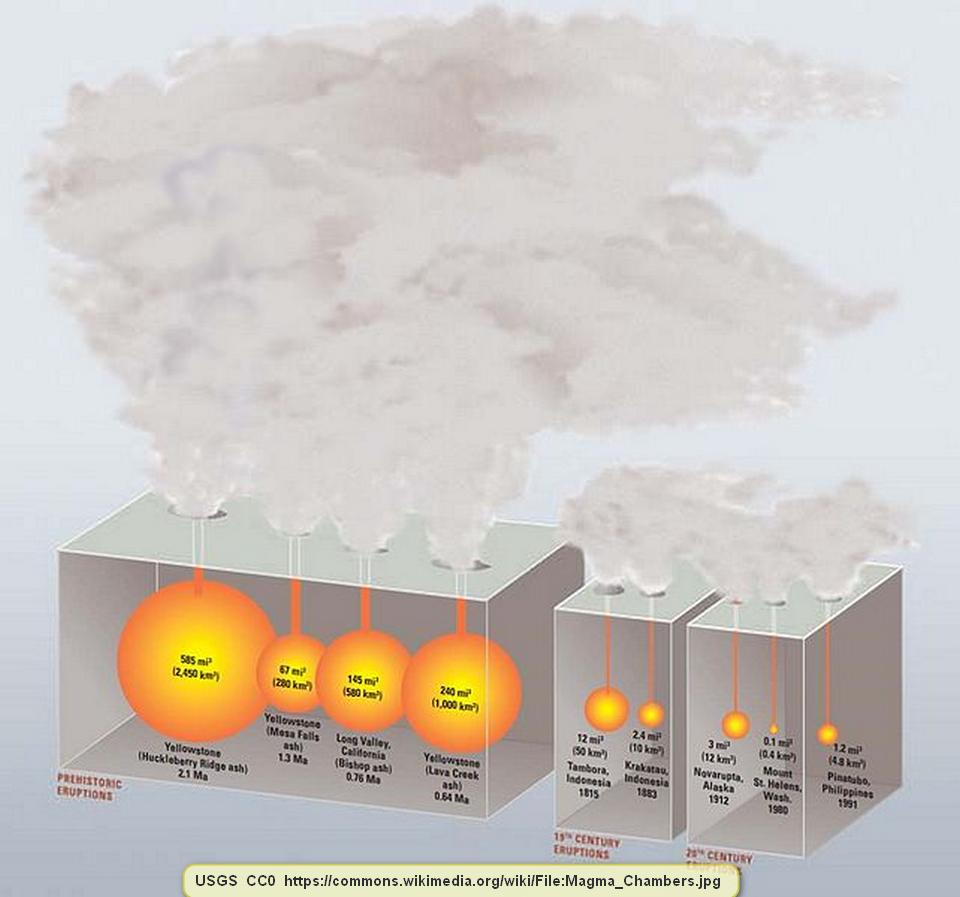 There is also the point that the time of year, weather patterns, and whether it erupts all at once or here and there all make a great deal of difference.

Assuming that it erupts all at once, there would be total destruction in a blast radius of about 60 miles in all directions. This area would be blasted with superheated pyroclastic flows of gas and ash that would be about 800 degrees F. Plant and animal life would be simultaneously incinerated and hit with winds traveling at the speed of sound; around 700 miles per hour. 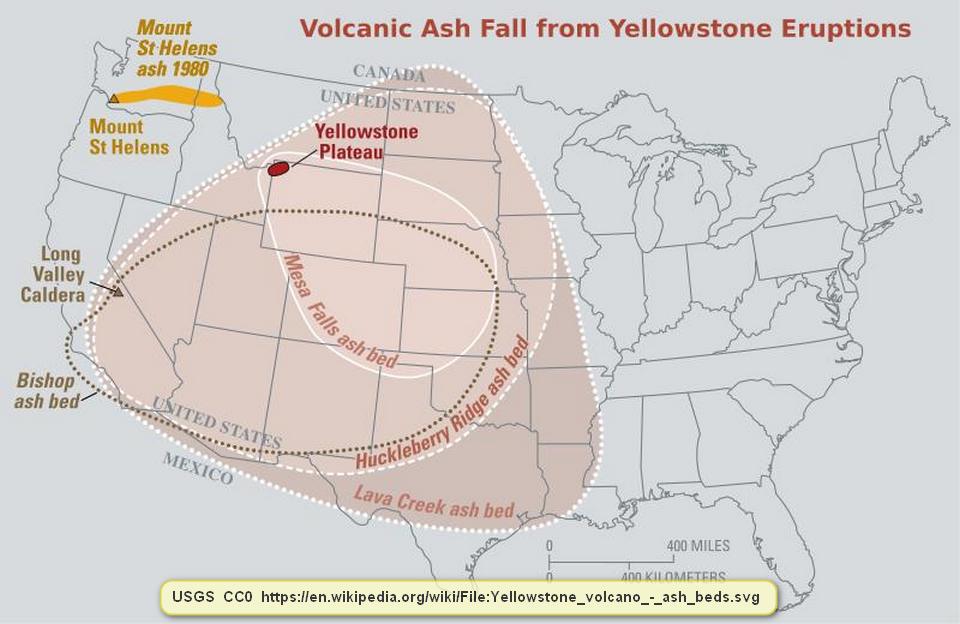 The secondary zone of destruction or zone two would blanket most of Idaho, Montana, and a large part of Wyoming in three feet of ash within about a few hours to a day. To get an idea of this magnitude, an eighth-inch of ash is enough to damage cars, airplanes, and to cause respiratory difficulties in people and animals that can cause death. Mixed with the moisture in the lungs, it becomes much like cement.

By the second day after the eruption, a foot of ash would fall from the Pacific coast to nearly the great lakes and from the lower half of Alberta, Canada, to just above the US-Mexico border. Lesser amounts of ash would fall along the Atlantic coast.

Three days after the eruption, the ash would reach Europe, and because of the jet stream and the height of the ash cloud, ash would continue to settle over most of the northern hemisphere, even if the eruption subsided.

Huge amounts of sulfuric acid would also be blasted out and this would also settle out gradually, throughout the northern hemisphere. Rain would be so acidic that it would burn the skin.

Temperatures would drop due to the ash and within a week, crops over most of the US would start failing. The temperature drop could be possibly enough to trigger another ice age. As much as 80% of the food crops produced in the US would die and since the US sends an enormous amount of food overseas, there would be widespread food-shortages throughout the world.

Again, this is speculation and is in the event of the whole Yellowstone volcano erupting all at once. You might notice, though, that throughout this, I’ve mentioned “when” it erupts rather than “if” it erupts. Geologists have no idea when it will happen, but they know that it will erupt. The chances of it erupting in any given year are low. However, as powerful as man thinks he is, he would be powerless to stop the chain of events.

And people actually worry about a zombie apocalypse?