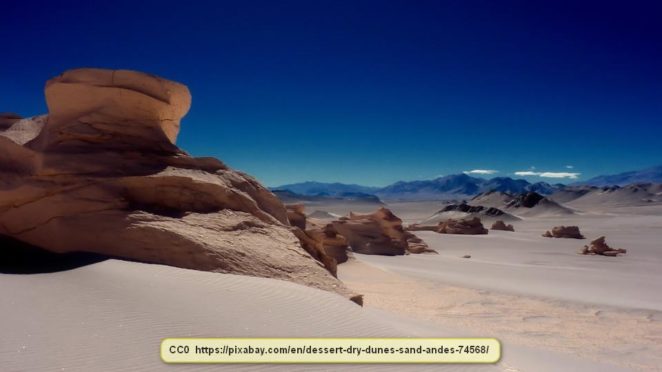 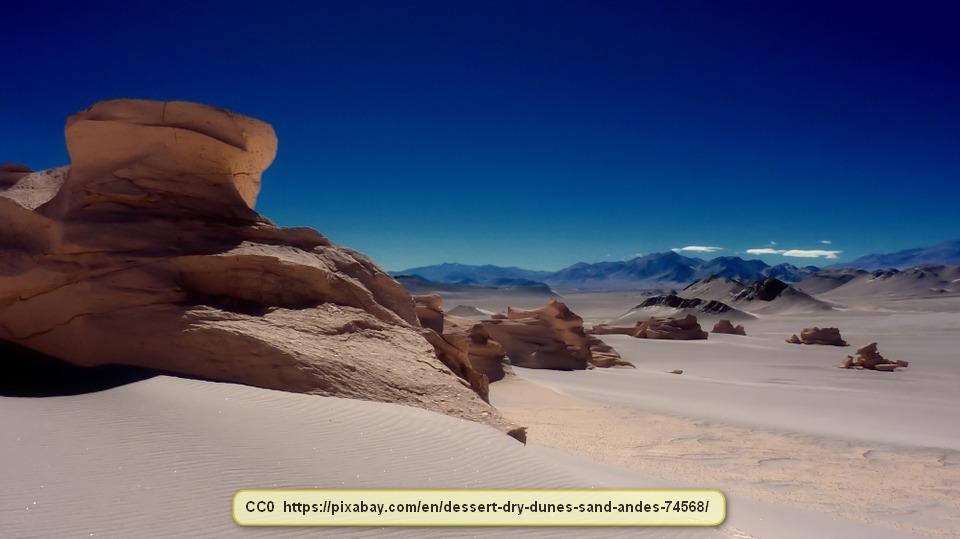 It is likely that few people reading this will have ever visited the Atacama Desert and many people may have never even heard of it. However, this desert is quite interesting in multiple ways. It is truly an astounding place. 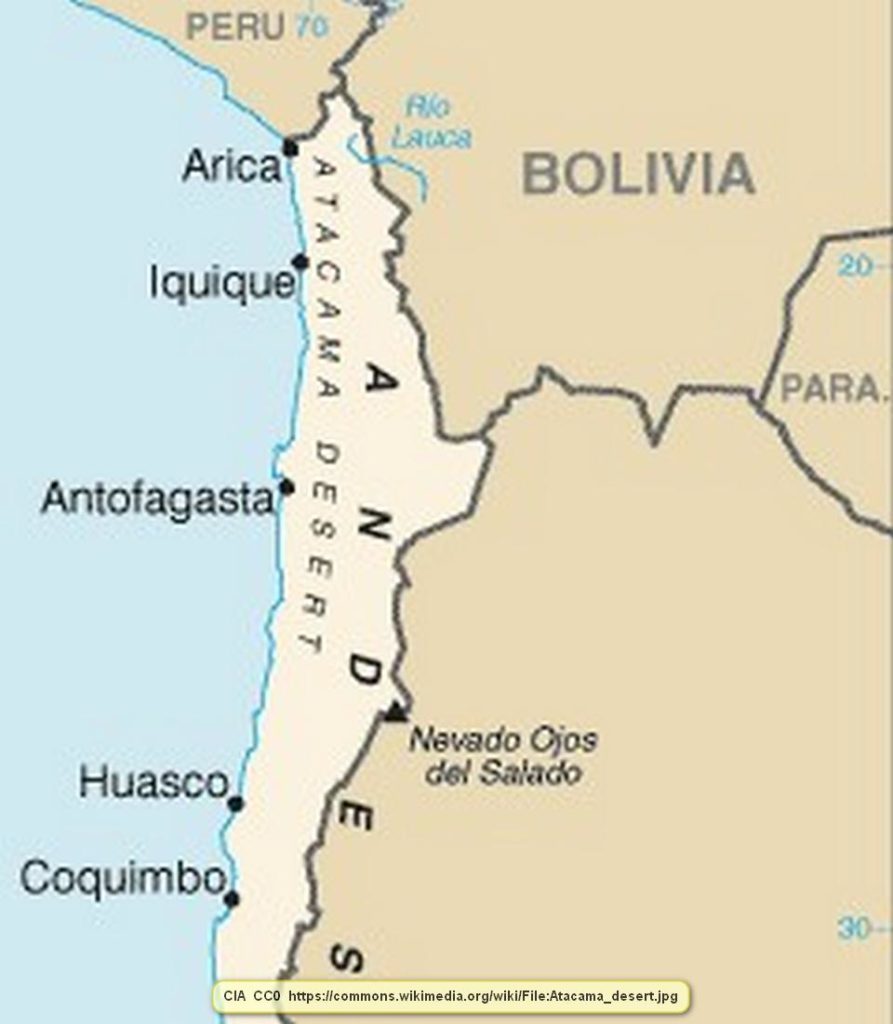 Most of the Atacama Desert is located within Chile, with some of it in Peru, in South America. It is a strip of land that is between 600 and 700 miles long. The desert isn’t very wide, though the actual borders haven’t been firmly established. The main part of the desert is believed to cover up to 49,000 square miles. Within its area, it has several salt lakes and the greatest concentration of sodium nitrate in the world. 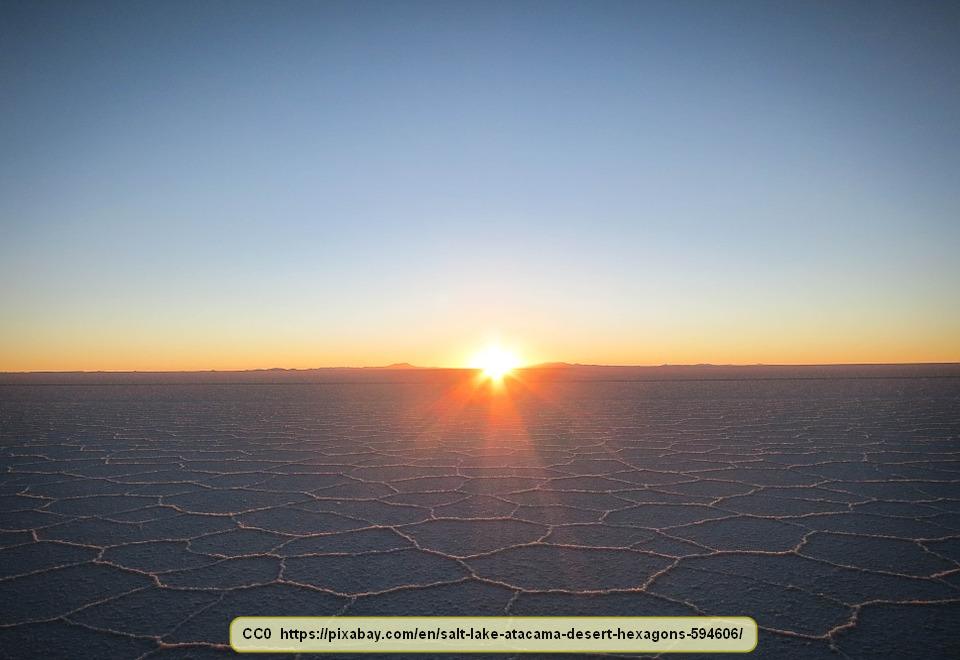 There is strong evidence that some areas of the Atacama Desert haven’t received any rain for at least 400 years and most likely far longer than that. Scientists say that some places in the Atacama desert have never had any rain at all, ever. We aren’t talking about a small amount of rain, but rather no rain at all. This is an enormously long drought, especially considering that extremely long droughts seldom last more than a dozen years.

What makes this even more astounding is that the Atacama Desert overlooks the Pacific Ocean.

Atacama is a natural high 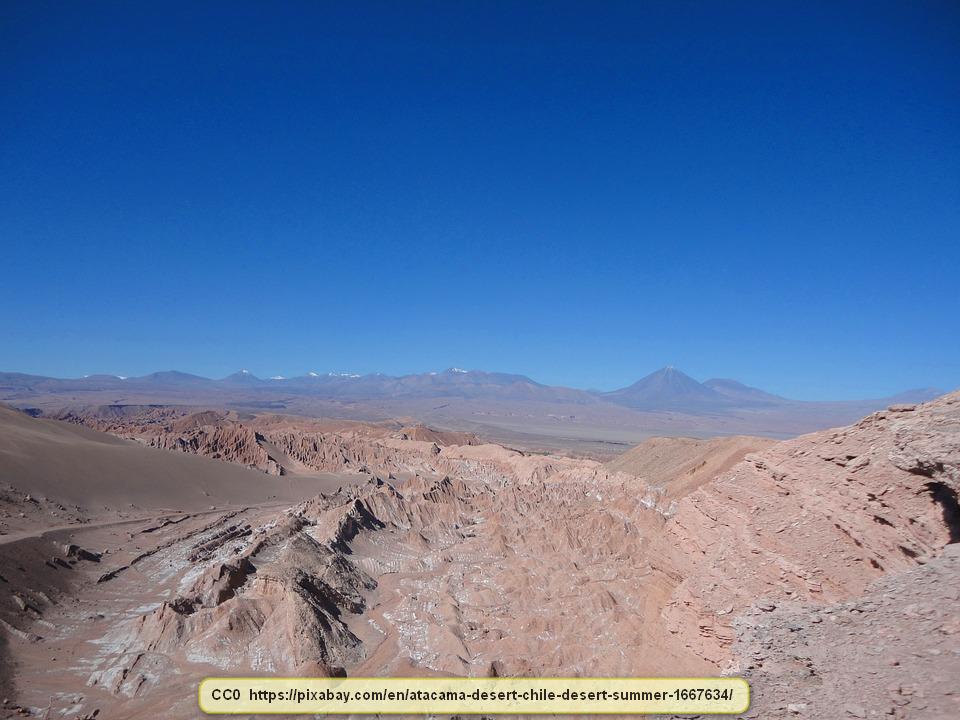 Atacama isn’t just wedged between mountain chains, it also has the distinction of having the greatest average elevation of any desert in the world.

Depending on where a person draws the boundaries of the Atacama desert, the desert includes many areas that are over 15,000 to 16,000 feet in elevation. This gives the desert an average elevation of about 13,000 feet.

A hot and cold desert 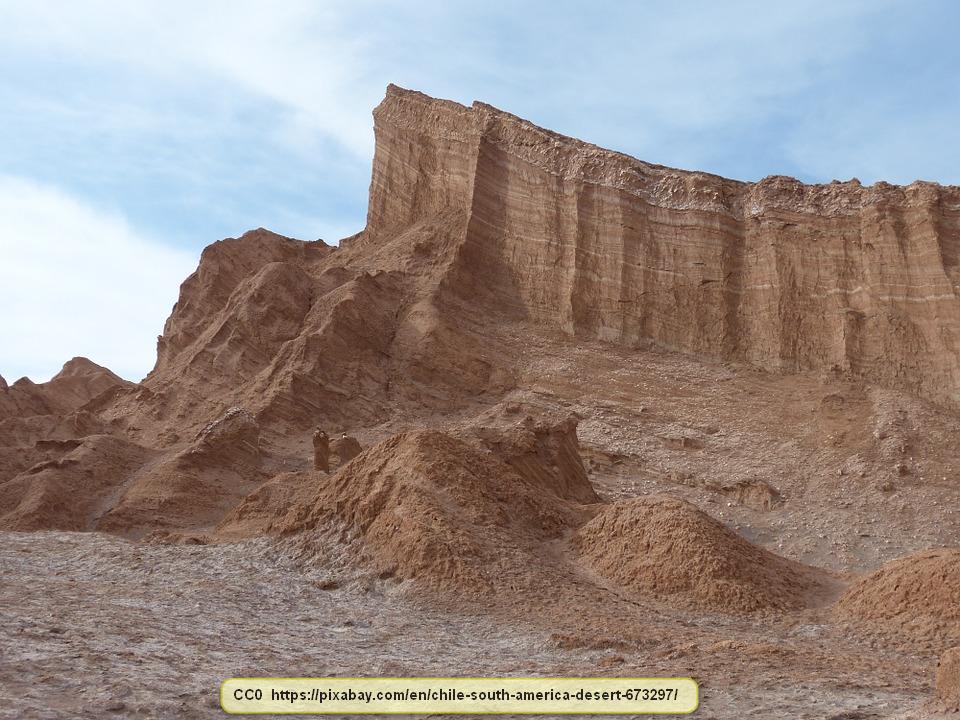 While not nearly as hot as some deserts, the Atacama Desert occasionally gets up to 104 F (40 C). That is hot, though not of the order of places like Death Valley, California.

However, because of how the desert is situated and the average altitude of Atacama, even when it gets above 100 F, the nighttime temperatures can fall to around 40 F (5 C). This makes this one of the coldest deserts in the world, even though it doesn’t get anywhere near as cold as the coldest; Antarctica. In fact, despite the lack of moisture, some of the highest elevations in the desert actually do get snow.

Tell your mummy at Atacama 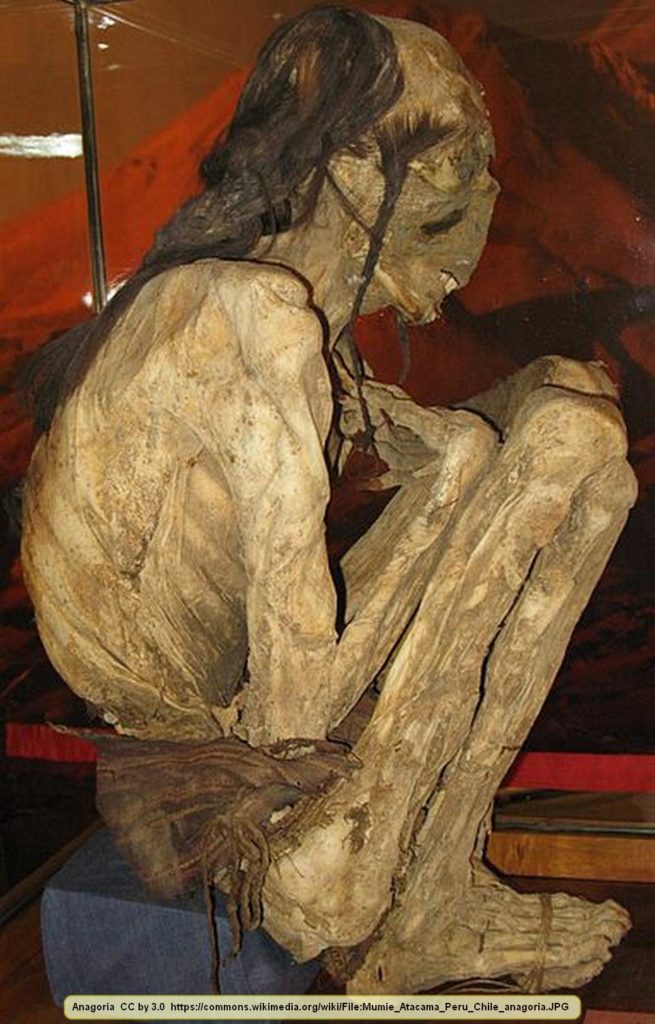 The Atacama Desert also has the record for yielding the oldest mummy in the world. That mummy was old when the Egyptians entombed their first mummy. The oldest Egyptian mummy ever found dated from around 3,000 years before the birth of Christ. The oldest mummy recovered from Atacama dated from earlier than 7,000 BC.

This isn’t surprising, though, in a way. The dryness, combined with the cool temperatures, means that the mummies are basically and naturally freeze-dried.

There is little doubt that the Atacama is one of the most fascinating and astounding deserts in the world. Interestingly, it isn’t devoid of life, either. Life has simply adapted to the lack of rainfall.

This is a desert that people should learn more about, even though it doesn’t have nearly as much notoriety as deserts like the Sahara.