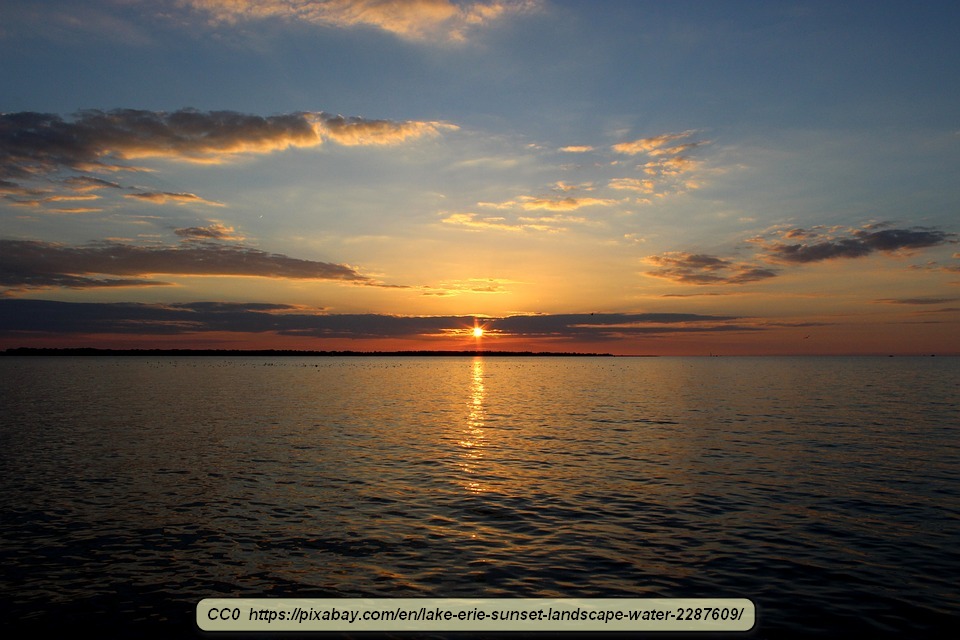 Among the news that is worth noting is a huge series of snowstorms that hit the Northeast US on the weekend of the 24th of December, 2017. Specifically, the town of Erie, Pennsylvania had temperature and snowfall records shattered. This has happened throughout the US over the last half-decade. However, the snow in this event was lake-effect snow. What is lake-effect snow?

Before this is explained, it should be mentioned that between the evening of December 24 and the early morning of December 27, the city of Erie recorded five feet or 60 inches of snow. This town, located on the shores of the smallest of the Great Lakes, Lake Erie, is in the snow belt. This is the region of the US that often has large snowfall amounts, but as mentioned, this snowstorm broke records. This is about two and a half feet of snow per day. 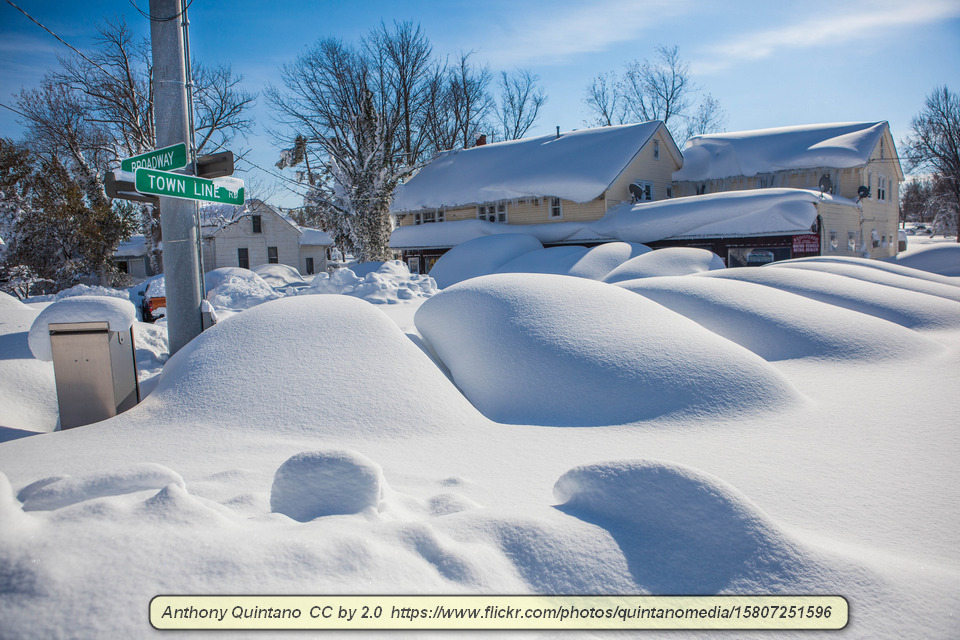 Lake-effect snow happens when extremely cold winds move across an expanse of water, such as Lake Erie, in this case. If the water is warmer than the winds, which is likely if it hasn’t frozen over and the winds are from the Arctic, the air next to the water warms up. The warm air sucks up moisture from the water. Since warm air is less dense than cold air, the moisture is lofted upward.

However, it hits cold air at a fairly low altitude. When this happens, the moisture freezes. It falls as snow. This is lake-effect snow. The amount and duration of the lake-effect depend on how cold the air is and how long it blows over the water. In this case, the temperatures were extremely low and the duration was long because the storms are so intense. In fact, they haven’t ended yet, as of the time this is being written. 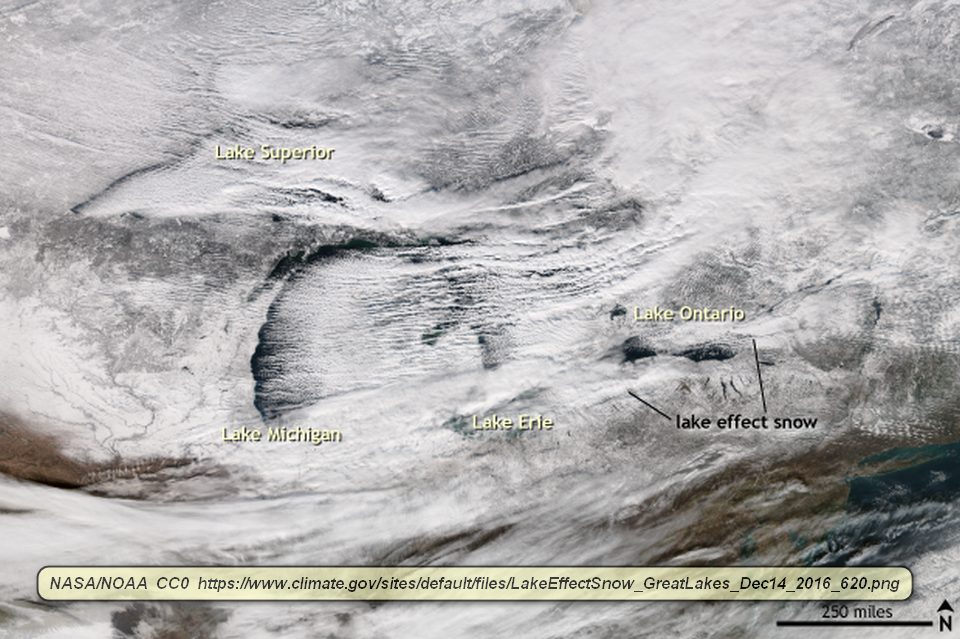 As mentioned earlier, cold weather records are being set in record numbers and have been for about the last five or six years. This is one of them and lake-effect snow is the culprit. It is a pity that ‘global warming’ enthusiasts don’t take this as a cooling trend, which it clearly is. However, it is likely that we can expect more of this weather in the months and years ahead.

Lake-effect snow is very real and can even occur over the ocean, though it is usually called ‘ocean-effect snow’ in that event. The cause is the same, as is the result. Lake-effect snow can dump huge amounts of snow and can be exceptionally dangerous.