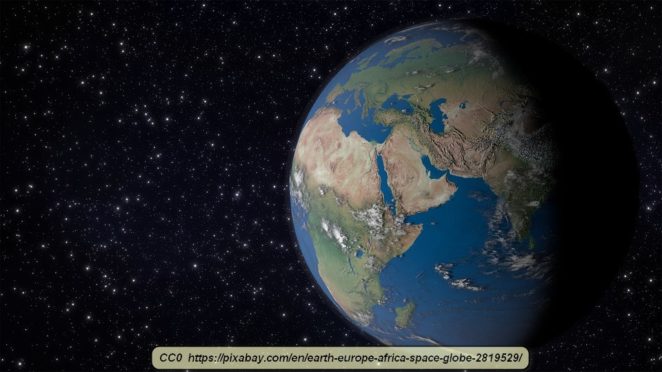 Polar reversal sounds exotic, but it isn’t just in the realm of high science. Understanding the basics isn’t all that difficult. How polar reversal impacts life on Earth is another question. However, it is one for which there are no solid answers. It is all fascinating, even for people who don’t like science.

What is polar reversal

More properly called an ‘electromagnetic pole reversal’, a polar reversal is when the magnetic field does a flip-flop. In other words, the north magnetic pole (the pole a compass points to) becomes the south magnetic pole and vice versa. There is enough strong evidence that we can safely say that it does happen. In fact, in terms of the geological age of the earth, it happens frequently. We honestly don’t know why it does, though there are many theories, but we know it happens.

It has long been known that volcanic rock is usually magnetic. This is because magma, or molten rock, contains iron. Iron magnetizes easily. Magma, reaching the surface of the earth, becomes lava. That is the point at which it becomes magnetized. Thus, the new volcanic rock “points” north, in the northern hemisphere.

A point of confusion was that as a general rule, the older the volcanic rock was, the farther it was from pointing north. This can happen if the magnetic pole ‘wanders’, which we now know to be the case. It can also happen if the crust of the earth, the part we walk on, shifts. We know that this also happens, particularly during earthquakes.

Breakthrough at the mid-Atlantic ridge

Under the Atlantic ocean, there is a ridge or underwater mountain range, extending thousands of miles. Iceland is directly on this ridge. In this ridge, magma continually forces its way to the top, where it becomes lava and is magnetized. Of interest to geologists partly because the lava is forcing the seabed apart, making the Atlantic gradually larger, in the early 1900s, it was realized that this process also gave a solid clue about how the north magnetic pole had wandered. This was indeed solid evidence of a “wandering pole”. However, it was far, far more.

The case for polar reversal

We still don’t know why the reversal takes place. The suspicions are that it has to do with the fact that the inner core of the earth and the outer core of the earth rotate at different speeds, creating a dynamo effect that is similar to what is produced in an electric generator, except on a much vaster scale. Regardless, we have a very good idea of how often it happens.

Measurements show that it usually happens every 200,000 to 300,000 years. This is highly variable, but this is the average. The last time it occurred was about 780,000 years ago, and we are overdue for a polaric flip. There are strong indications that one is on the verge of happening, too. One sign is that the magnetic north pole has accelerated its ‘wandering ways’. It is now in Canada, however, it is moving many miles per year.

We have an example

There is an observable example of polar reversal and to use it, we only have to turn to the science of astronomy. Our own sun has a polar reversal about once every 11 years. This is closely tied to the appearance of vast magnetic storms on the observable surface of the sun, which we call sunspots. As with the earth, the polar reversal in the sun is also variable. During the Maunder Minimum, a time of very low sunspot activity, during which the earth went through the ‘mini-ice age’, the reversal took over 70 years to occur.

The problem with using the reversal in the sun to figure out what will happen when it occurs on the earth is two-fold. First, it occurs during a vastly abbreviated time frame on the sun as compared to the earth. Second, the earth is mostly solid, whereas the sun is mostly gaseous.

Some scientists believe that when the reversal takes place on the earth, the impact will be huge. They say that for a time, possibly measured in centuries, the magnetic field that protects the earth from harmful solar radiation will have a net value of zero. That is, for that time, there will be no magnetic field and the surface of the earth will be bombarded with radiation. There are some observations that support this viewpoint, too. Each time the reversal has taken place, there has been a proliferation of genetic mutations, resulting in new species.

There is also some strong evidence that earth’s climate has undergone tremendous changes during the reversals, the like of which mankind has not experienced in recorded history.

Other scientists feel that there won’t be any noticeable changes at all and that the reversal will be very rapid. They use the rapid change that occurs in the sun as a basis of their hypothesis. During the sun’s polar reversal, there isn’t much of a change in the radiation emitted by the sun, nor in the appearance in the surface of the sun, and the change happens relatively fast.

There are potential issues with both viewpoints and the truth probably falls somewhere between the two. The key here is that we simply don’t know what will happen and what is happening currently. Nature is so much more powerful than man that we can’t compare. Thus, our knowledge isn’t great enough to have a full grasp of all the variables. There are no records from the time a reversal last happened, so we have only circumstantial evidence to draw upon.

The one thing that we do know, from direct evidence, is that our world and solar system is a marvelously designed self-regulating and self-correcting system. The very best that man can come up with would pale in comparison.