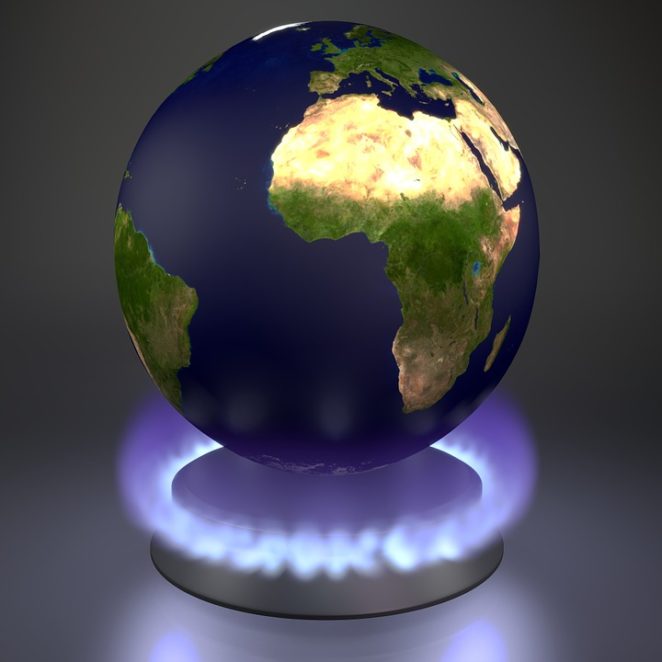 When trying to make sense of global warming and climate change, the average non-expert is faced with a stark choice, namely who is to be believed – those who state that the world is warming and mankind is largely responsible, or those who either deny that there is any warming or state that what warming there might be is either minor or is caused by wholly natural causes that are beyond human control?

The two camps can be described as global warming warners versus deniers, and most people find themselves coming down on one side or the other, based on what they read and are told.

To be blunt, the debate rages most vehemently in the United States, where the deniers have a much firmer foothold. In the rest of the world it is generally held that this debate is a phony one, because the basic science of global warming and climate change is settled – the evidence is so strong that it is beyond denial. What is important is getting on with the business of reducing humanity’s carbon footprint and slowing down the rate of warming as much as possible and as soon as possible.

However, there are still many people who are yet to be convinced of the truth of the matter – and the majority of these, as mentioned above, do appear to be Americans. This worries the rest of us, because we recognise that the United States is a major player in creating the conditions that have led to the situation in which we now find ourselves.

So what this boils down to is – who do you believe to be telling you the truth about global warming? Let’s take a look at the advocates on each side of the debate.

The Intergovernmental Panel on Climate Change

This was set up in 1988, under the auspices of the United Nations, to assemble the best available information on climate change and present reports based on that information. Its scope and membership is international and it relies only on sources that are completely trustworthy and scientifically rigorous, such as peer-reviewed journal articles. It does not conduct research on its own behalf, but coordinates the results of hundreds of research projects conducted across the world into every aspect of climate change.

To date it has produced five Assessment Reports, with the next one due in 2022.

This is an agency of the United States government that performs a number of roles, including operating and managing the environmental satellites that collect data of vital importance to climate scientists. This data is archived so that accurate climate forecasts can be made based on the most trustworthy information available.

The NOAA works closely with the IPCC, thus ensuring that the latter’s work can depend on reliable raw data.

And on the other hand?

The global warming deniers would prefer you to ignore the work of the IPCC and NOAA, instead putting forward specious arguments such as claiming that the occasional errors and over-statements made by these bodies invalidate the whole of their work. What a strange world it would be if you could only take on trust the statements of people who never made a mistake! Would anyone ever trust anyone else about anything on that basis?

Instead, the deniers would prefer you to believe the statements of a whole raft of supposed experts who are frequently cited and quoted, and to whose websites and YouTube videos you will be referred.

There are many organizations that co-ordinate the views of deniers, and their websites are well worth a visit. For example:

This body routinely issues statements that deny global warming, and much of what they say may indeed sound persuasive. However, it is as well to be aware that this body has, in the past, received huge sums of money from the oil and gas industry, which has a vested interest in discrediting the findings of climate science that point to man-made global warming.

It is also worth bearing in mind that in the 1990s the Heartland Institute was perfectly happy to take money from tobacco companies to find evidence that passive smoking was not harmful.

So do you really want to trust anything that these people tell you, given the reasons why they are saying what they do?

One arm of the Heartland Institute is the Nongovernmental International Panel on Climate Change (NIPCC). This aims to debunk the work of the IPCC by presenting alternative reports. However, the breadth of its coverage is nothing like as great as that of the reports of IPCC, which summarise the work of thousands of climate scientists. The NIPCC is merely a mouthpiece for a handful of well-known deniers who are paid for their work (unlike the contributors to IPCC reports). Which do you think is more likely to be reliable – the IPCC or the NIPCC?

A New Zealand based organization devoted to denying that human activity causes global warming. It claims to be funded entirely by donations from individuals but has certainly received substantial sums in the past from the Heartland Institute.

However, you will usually be referred to the statements of certain individuals who are touted as top-ranking scientists who will tell you the truth about global warming. But when you start looking at their qualifications and backgrounds you have to wonder if they are as trustworthy as they might appear at first sight. There are a lot of these, so there is only space here to mention a few:

An astronomer and aerospace engineer with a long record of climate change denial. Very little of his research has appeared in peer-reviewed journals, but virtually all his funding has come from oil and gas interests.

A former space scientist who has made many denialist statements and worked with a number of organizations that are known to have received funding from the oil and gas industry.

A prominent denier, alongside his father Sherwood and brother Keith. He is the Chairman and former President of the Center for the Study of Carbon Dioxide and Global Change, a prominent denialist organization. The Idso family has a long history of ties to fossil fuel companies.

There are many more organizations and individuals that make a lot of noise opposing climate science and take a lot of money from vested interests. To find more of them, simply go to the DeSmogBlog website.

Once you have given both sides of the divide your full attention you can make up your mind – which side do you trust to be telling you the truth?

And finally, why not have a look at this clip of a debate between a denier and a real scientist? Are you still undecided?