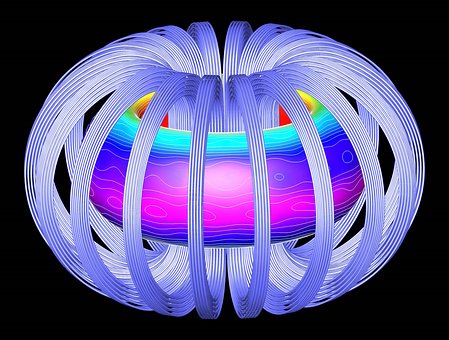 Do we live in a toroid universe? I think it is an interesting theory.

It would be continuously going in and out of itself, creating a rotation of the universe. If we were located on the side that is coming out of the middle, it would appear to be an expanding universe. It would also appear that there is a pulling from the other side. This is true in our universe. It appears to be expanding, and there is something called the “Great Attractor” that is pulling galaxies in a certain direction. If we were on the other side, the universe would appear to be contracting, and the “Great Attractor” would be more pronounced.

Nassim Haramein has a similar idea, where he thinks the universe behaves this way, in a black hole. A singularity would be in the middle.

This would possibly be an eternal universe, being created and destroyed at the same time continuously. Coming out of the singularity would look like the “Big Bang”.