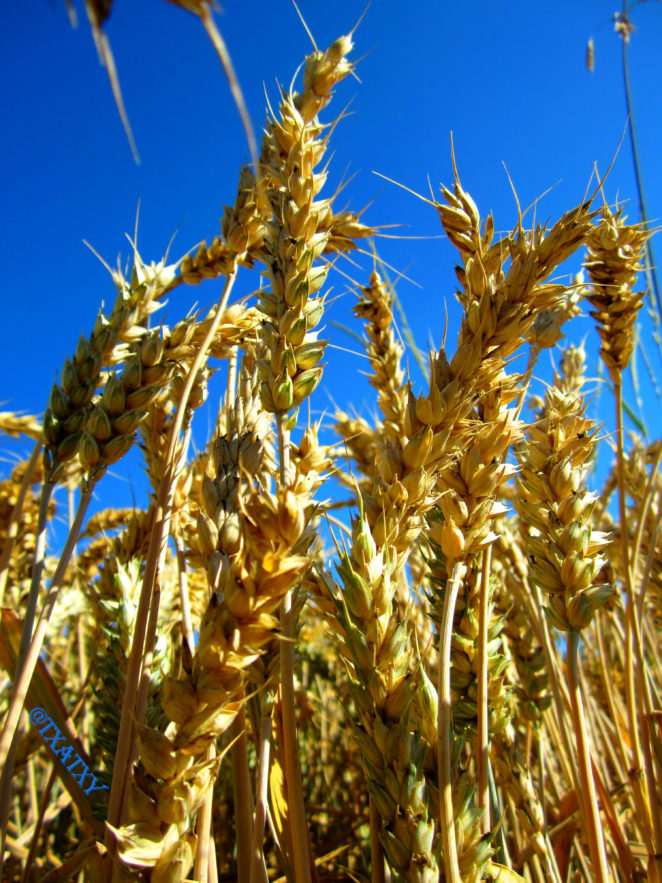 This is a field in Leon, Spain

Wheat is one of the three most widely produced grains in the world, along with maize and rice, and the most widely consumed by man in Western civilization since antiquity. Wheat grain is used to make flour, whole wheat meal, semolina, beer and a wide variety of foodstuffs.

Historians and archaeologists tell us that the earliest forms of wheat harvested by man date back more than twelve thousand years. The earliest archaeological evidence of wheat cultivation comes from Syria, Jordan, Turkey and Iraq.